How hard can it be to hold on to a flipping football?!?! :

the East is taking it to the West this week. Gonna change in a few hours.

Two games in a row a one point come from behind win for the Argos. They’re certainly taking advantage the home field, if nothing else. MB-T is once again impressive.

MB-T is once again impressive.

That was a good game.

I would love to see the city of Toronto get a bit of a “buzz” about the Argos again.

That was a good game.

I would love to see the city of Toronto get a bit of a “buzz” about the Argos again.

We all would. And we’ve all been waiting for that F-O-R-E-V-E-R. Sadly, we have given up.

As an occasional user of nicknames - I like this one!

For everybody else shabby but for the Argos excellent 18,000 + .

Great to see something positive .

For everybody else shabby but for the Argos excellent 18,000 + .

Great to see something positive .

A friend was at the CNE, today. She said the crowd at BMO was LOUD - she did not go to the game but said they could be heard.

A friend was at the CNE, today. She said the crowd at BMO was LOUD - she did not go to the game but said they could be heard.

Looked like people were having fun and enjoying the game .

Hope they return without the EX entry .

Still would like to see a nice Blue Argo tarp above the deck they don't use facing the camera .

Just Psychological as some teams like MLS sounders and others found it worked
well when they had more seats than fans . 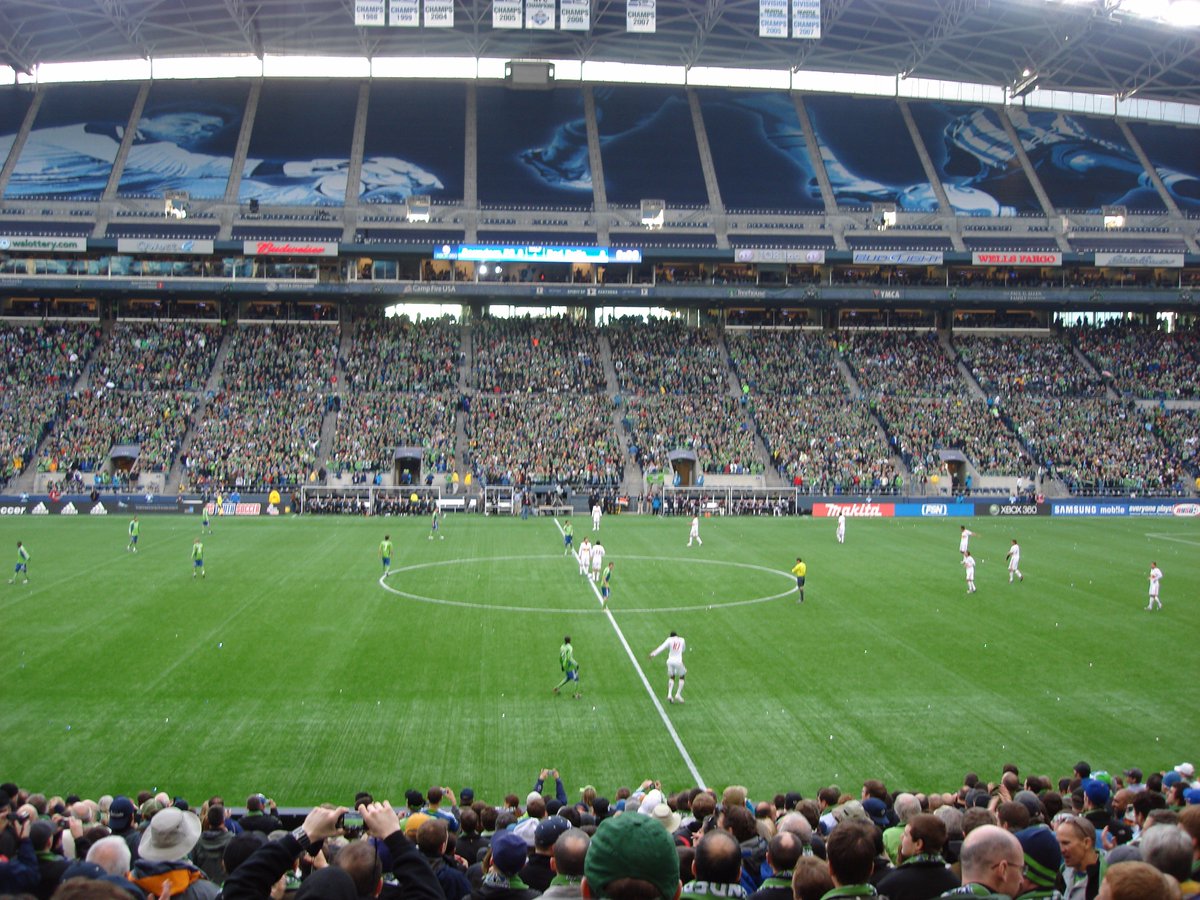 Looks like a sellout in Toronto! The stands were a little sparse at opening kickoff but have steadily filled in the 2nd Q. I suspect they opened the gates to the CNE crowd? But it's nice to see a near-packed BMO for the Argos (and the Lions laying a licking on the Boatmen!)

At what point in this game were "the Lions laying a licking on the Boatmen"?
I was at the game and at no time did I get that impression.

BTW, the Argos won the game.

Much better crowd for the Argos - and it was a loud engaged/loud crowd - which is a good sign. Plus their next two home games are Hamilton and Saskatchewan - who always draw better than other teams there.

We’re having a bit of a debate on the Ti-Cats board about how unengaged and quiet the crowds have become at Tim Hortons Field. Our last home game against Ottawa - an important game - had a pretty lame crowd. Not only did thousands no-show, thousands others arrived late and a ton left early missing the close finish. And at no time during the game was it loud - even when multiple players on the defence would be waving their arms frantically trying to encourage the crowd to get loud. It really isn’t much of a home field advantage these days. Whereas the Argos fans though fewer in numbers seem to be having an impact with the noise they make.

I also agree that having some sort of tarp with Argos branding over the upper east side would look much better. I’ve noticed that Ti-Cats’ owner Bob Young in promoting his new soccer team at THF shows the upper sections tarped and it looks kind of cool in renderings. Certainly better than a wall of empty seats. 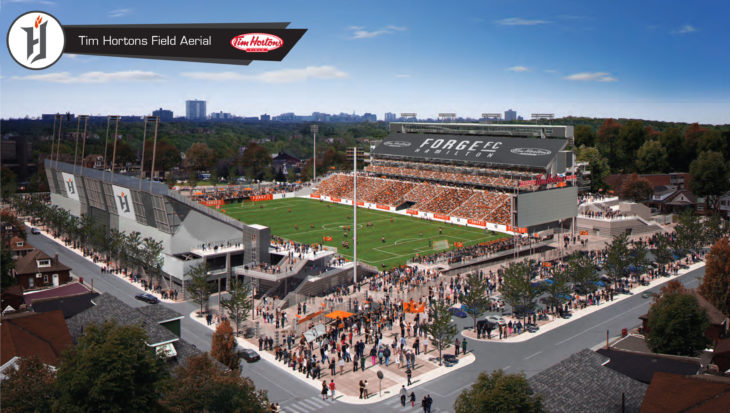 Hey Pat, I was at that game. Are you calling me lame ? ;D

I think the tarp looks sharp !

as a proud Hamiltonian, i don’t like how the artist changed the landscape around the stadium.

when I sit at the stadium and look south, I love seeing the escarpment. When I look North East I enjoy seeing the factories.

It is what makes our city unique and special.

Don’t “write that out” in these renditions.