that is too many points. The Cats that is

Who the Hell knows ?? Hopefully we somehow pull a win out of our ass against these Stumps for a change . Would LOVE to see it BUT I'm thinking we lose to these guys once again but It'll be a closer final then many think .

I'm going the Cats by a field goal, say 33-30. Don't plan on betting my weekly beer budget however!

I think it will be the exact opposite

Supposed to be crappy weather with thunderstorms 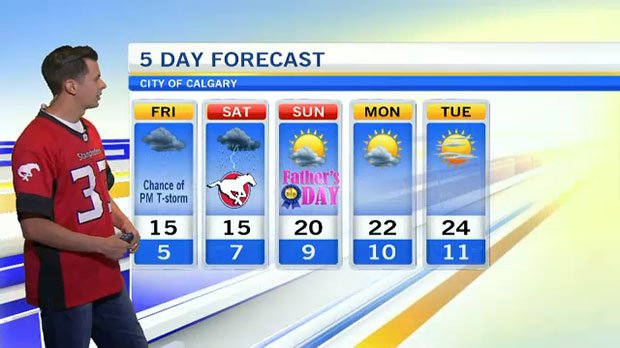 Supposed to be crappy weather with thunderstorms

As long as we don't get 3 hours in lightning delays like last night.

Hmmm. I can see that too. Spooky.

Ticats typically have NOT been blown out by the Stamps - last season's game being the glaring exception. Many of their games have been decided by a last second FG - in the Stamps favour - or infamously the lovely missed FG by Congi I think in the snow a few seasons ago. The ball for the first time in the game - slipped when Fantuz tried to get a proper hold.
I'm looking for a Ticats win - lets say 30-27 - and first place in the east to begin the season! ;D

heapbag - i don't see the Ticats taking many penalties. That was a problem in the first preseason game but I recall very few infractions called against them when playing Montreal. AND the only turnover was a pick thrown by the now-depared Moniz. Whitlock remembered how to secure a football again when running over defenders!