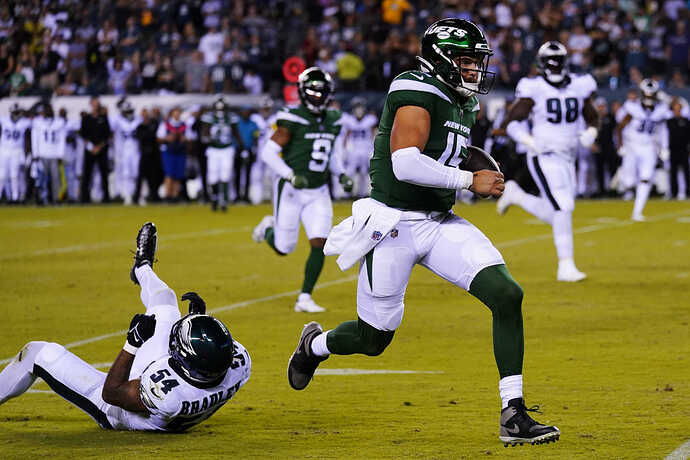 Always a fan of Mr. Fur Coat and his swashbuckling style. How can you not be.

I wasn’t aware that he needed only six more games on the active roster to qualify for his NFL pension. Let’s hope he gets it.

Since you posted this article It has been determined that Zach Wilson will only miss 2-4 weeks, which is much less than originally feared. That should keep Chris on the active roster for that period of time at least.