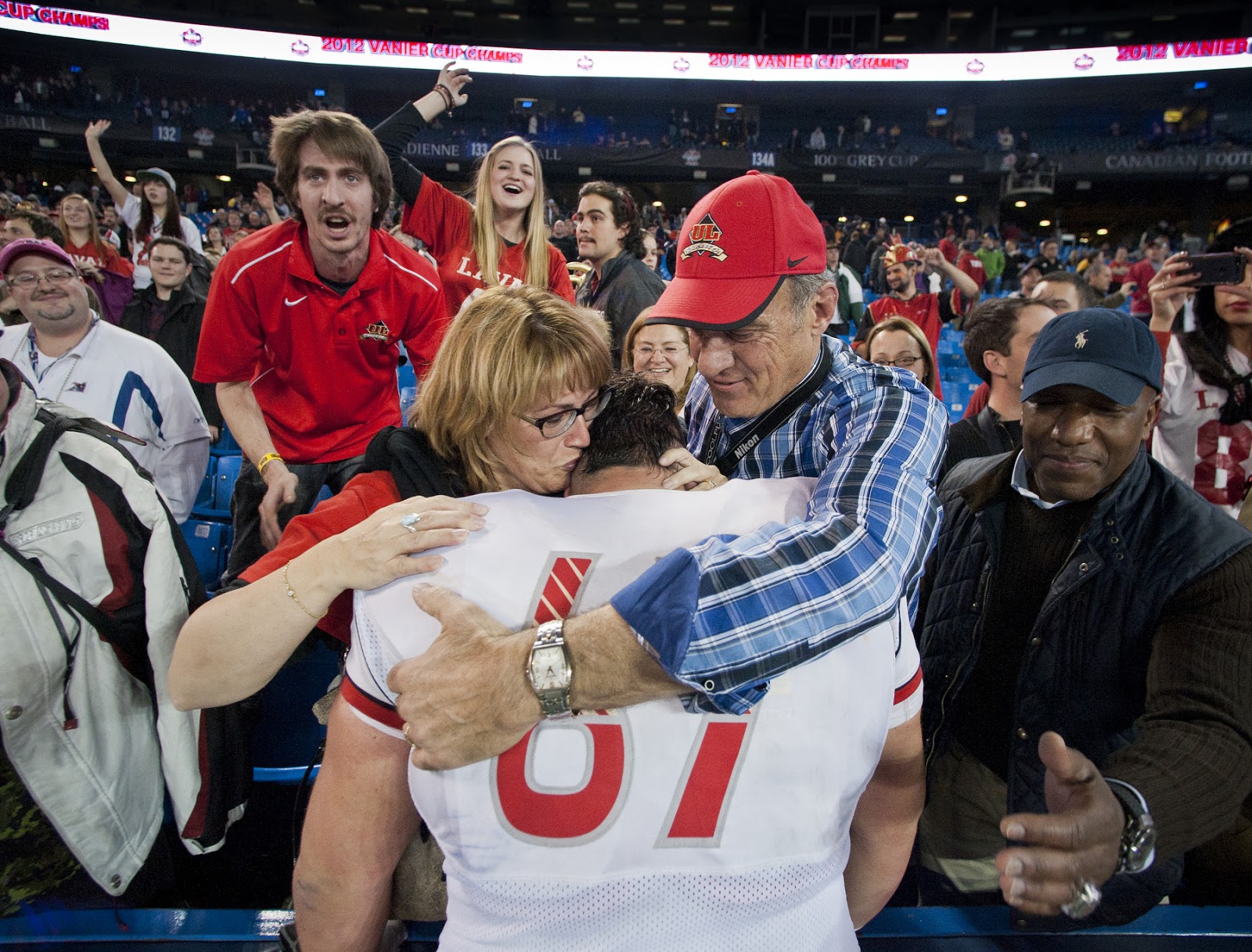 Another prospect that ticks all the boxes is local kid Charles Vaillancourt from Coaticook in the Eastern Township. By far the best interior linesman available in the draft, while he's played guard at Laval, he's also played Center for the Bulldogs and Cougars. Played close to 50 CIS games and stayed healthy. Projects as a starter in the CFL.

Charles has been a top dog at every level he has played. He is a can't miss prospect who will be taken in the first round. Charles lowered his weight and improved his BMI while at Laval, he's worked hard to improve his footwork. Should he do extremely well at the Shrine game, could attract some limited NFL attention.

Certainly an interesting option and right in JP's OL wheelhouse.

Bump ahead of Thorpe BS

Vaillancourt played a series and a full half and felt he played well in pass protection but less so on run plays. Still was interviewed by a dozen teams and will at least get a tryout and possible FA practice roster spot in the NFL.