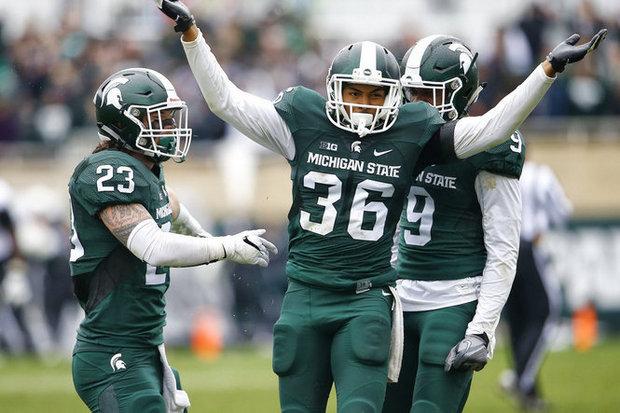 Arjen is in his first year starting for Michigan, collecting 39 tackles, 10 pass breakups, two interceptions and two forced fumbles.. He dressed for 11 games last season. Is without a doubt the best Canadian cornerback prospect since Davis Sanchez.

Colquhoun is a big reason why, having come a long way from the time he first arrived on the Spartans' radar -- showing up at the Sound Mind Sound Body camp outside of Detroit and generating a buzz.

Once in front of Michigan State coach Mark Dantonio at the Spartans' camp that summer, Colquhoun measured in at 6-foot-1, ran a 4.4-second 40-yard dash and showed enough ball skills to earn a scholarship offer.

Phil Savage, a former NFL general manager and the executive director of the Senior Bowl, added Colquhoun to the all-star game's watch list in August after seeing him practice one time.

"He's long, athletic, moves well," Savage said, "and you know Harlon will have him coached up."