This is an excellent policy. It is transparent, respects the other organizations, does not aim at destroying careers and the addition of approved supplements takes away the grand excuse...."My supplements were laced with banned substances".

I know both sides benefit from this , credibility wise , but I was also hoping the players might get a little boost to the salary cap or some such thing for reaching an agreement on this issue.

Players testing positive will face a two-game suspension for a first violation. It will increase to nine games for a second violation and a one-year ban for a third offence.
A fourth violation will result in a lifetime ban.


Granting 4 chances seems a little lenient but at least the league has a drug program in place...finally.

should be more like a 4 game ban for a 1st violation, a year ban for the 2nd violation and a lifetime ban for a 3rd.

That's excellent news and hopefully the emphasis of this will be on the betterment of the health of the individuals long term as well. For myself that's the key message that should be sent with any drug testing program. It's like when you get a speeding ticket, the officer should emphasize at the time of the ticket that speeding is much more dangerous to your health than not speeding, more chance of accidents.

Great news indeed. getting caught 4 times before a lifetime ban does sound on the light side but infraction 3 and 4 are the same as the last policy. Most players won't likely be in a league long enough to be caught 4 times but overall, good to have something finally in place.

Is this now a finally count a good deed under Orridge's watch ?

Very few sports have lifetime bans for a first offense, so this isn't that abnormal. Two games is kinda light, but it's vastly steeper than what was in place before and is a real punishment (with monetary consequences).

The only downside I see is that some players won't get tested in a given year due to the numbers and randomess, but I'm sure cost is a factor with how many players a league like the CFL has. Overall it's a huge improvement and gives the league and PA some credibility on the file.

And yes, it's definitely a win for Orridge. He got it done, to his credit. :thup:

… but I was also hoping the players might get a little boost to the salary cap or some such thing for reaching an agreement on this issue.

I am impressed by the CFLPA. I hope it shows that the majority of players are relatively clean and resent competing against the PED cheaters. Taking the juicers out of the game will make it safer for the rest.

It will be interesting to see if any of the players with a reputation for cheap shots will get caught (i.e., somewhat explaining lack of self-control).

Excellent news - Is it June yet?

Thank you Doctor Ayotte... They should call it The Ayotte Policy.

Here she is showing Orridge the door :lol:

The only downside I see is that some players won't get tested in a given year due to the numbers and randomess, but I'm sure cost is a factor with how many players a league like the CFL has.

On the flip side, players who are tested early in the season aren't let off the hook, figuring that they won't be tested again that year. Because it's random, a player could be tested every week of the season. Very unlikely, but possible.

Personally, I would have included mandatory testing for players who have failed one test, quarterly or even monthly. Maybe test for a year after first offence, quarterly for two years after second offence, and lifetime monthly after third offence.

As long as CCES endorses it, and they are according to this article, then it'll pass the public smell test really. All that matters.


And your point is tangleweb?


And your point is tangleweb?

With all the addiction and abuse problems tied to synthetic opiate pain killers today and the government legalizing Marijuana. Weed is the last of the CFL's problem. 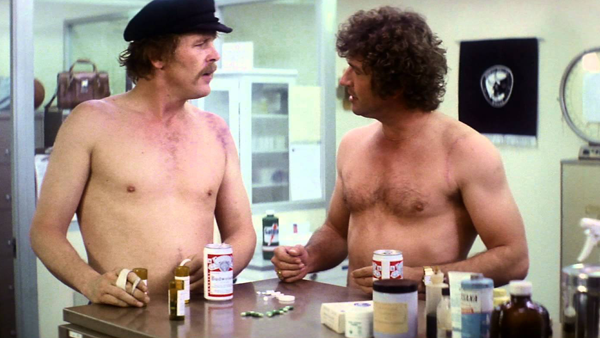 That's an improvement over the 5/60 last year :thup:
Will be interesting to see if it affects the top of the draft board.