After today's games our Cats should only be 2 points behind the Good Ship Lollypop.

Here's hoping game two of today is of a similarly satisfying result!

I would very much like to see a horse galloping on the sidelines several times this evening.

I would very much like to see a horse galloping on the sidelines several times this evening. 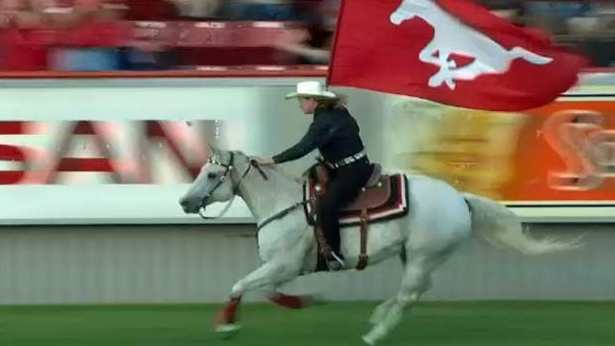 Here's hoping game two of today is of a similarly satisfying result!

Arthur just scored a TD :thup: :thup: to put the Stamps ahead of the upstart Boatmen. I hope they stay there ( in the lead)! Take that horsie for a ride!!

Poop Argos score !! BUT Taylor with a HUGE return!

Argos have been beating them with the pass.
Hope Austin takes note for next week!

No Ray, no Owens, no Kackert, yet he wins IN Saskatchewan and IN Calgary.

Unfortunately, the Argos are going to be good for a very long time if they can keep their head coach around.

Yes, well coached team and Collaros is reaping the benefits of this coaching.

I expect it would take a long, long, long look through the record books to come up with the last time a CFL team won three straight regular season games, all on the road, and all without their #1 QB. Gotta give credit where it's due to the G.C. champs' and their coaching staff.