Beautiful day in Ottawa for the game. 4c, no wind, and sunny.

What Riders do to RedBlacks

That looked way to easy.

What Riders do to RedBlacks

After the pathetic effort against the Esks for 3rd, I will assume no.

This looks like it is going to be a CRACKING GOOD GAME OF FOOTY. ( Aussie phrase ).

Lets keep the comments on the game.

How bout we keep the negative Rod Black comments out of it. 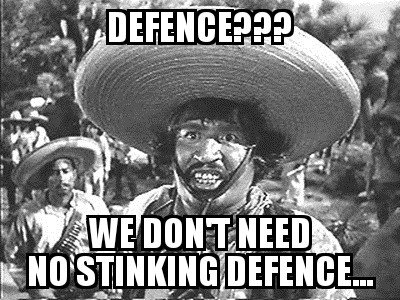 Glenn's never been a great runner, but that just looked really, really awkward. Looked like he almost tripped three times before crumpling to the ground. Lucky he did, or he would have been squished between those two Redblack defenders. Unfortunately for those two, he wasn't between them when they came together.

Perfect timing on that hit on Owens

Glen looks good so far. , keep it up boys

Ellingson blows his knee out doing the "limbo" :o

That’s the way boys pick another one

No flags in this game so far...good rhythm in the game
RB's have to tighten up on defense and NO MORE turnovers!

The Riders must now contain Dionte Spencer to win this game,
he is the only player that can win it for OTT

I am thinking a big second half for the RBS.

Not so much the Riders are playing well, RBS have just played horrible.

To much time off ?