...interesting article about his playing days at U of Miami and with the Stampeders...how it partly shaped who he is today... 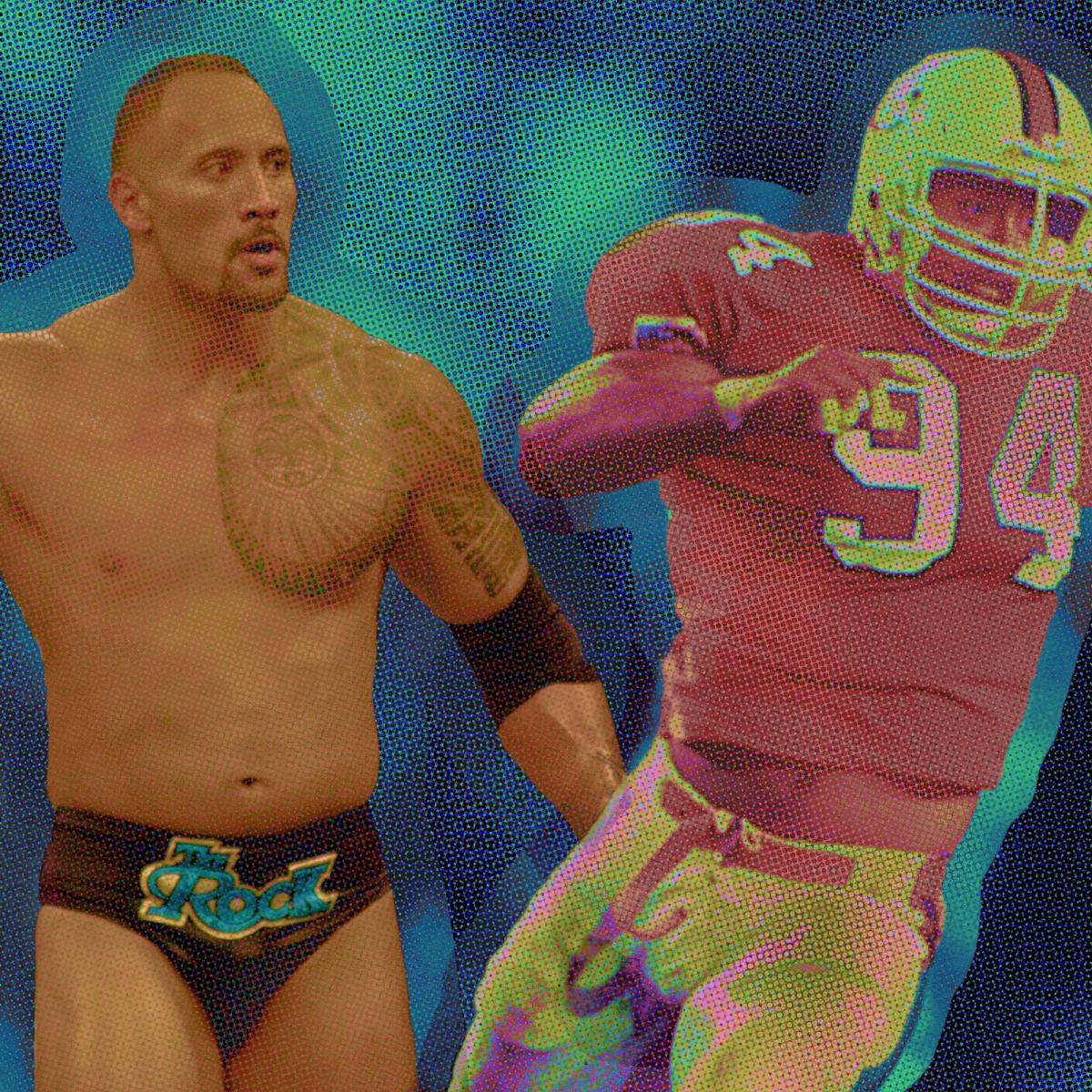 How Dwayne Johnson's Forgotten Football Career Prepared Him for Superstardom

Go ahead and pretend otherwise, but at some point in your life, I know professional wrestling mattered to you...

most of these guys I never heard of

I think what sets Dwayne apart the most is his acting career. I find him quite entertaining.

as an aside, he filmed his version of Walking Tall in Surrey and they used my kids middle school field to set up their trailers and such.

Rock Johnson - easily one of the Top 3 or 4 dynamic in-ring performers in rasslin' history.

Don't remember him from his cup of coffee with the CFL but I suspect he was around 6'4" and 220 when he came up. In the 1940s or 1950s he could have played defensive end, even DT but more suitable to tight end formations. Also, didn't possess great speed or strength which is evident in his WWE days.

That said, his overall profile is more action movie star than fake wrestling persona. He still comes in for part-time gigs in WWE - very loyal to the McMahons who launched his great microphone and in-ring appeal.

Nobody but nobody worked a mic like The Rock - but after he crossed over to major screen star his wrestling took a hit. When you become a part-time WWE ownership will then use you to put over (ie. lose) other talent. You make a big pre-PPV fuss, insult the dickens out of your opponent, threaten them with the Rock's personal brand of comedic violence and then, when the day comes you work hard to lose the match and put the full-time guy trying to make a living over.

Rock is really good at that. His winning record at PPVs is extremely low. But he knows the business, what fans really want - and gives it to them. At 46, in very good condition he's prolly got 1 or 2 PPVs per year until he's 50. If his movies start bombing the McMahons would quickly open the door for him to perform more than a couple times - or work the announce desk, insulting and putting over fresh talent.

hahaha...as if Johnson would need to work in wrestling if his movies started to bomb...highest paid actor in Hollywood

The Rock is today's Arnold Schwarzenegger. Dominant at the box office and he has some pretty solid grey matter between the ears too.

Loved that scene in 'The Rundown' where he walks into the nightclub as a bounty hunter looking for an NFL skipper and he bumps into Schwarzenegger who's on his way out and says 'good luck'.

Nice passing of the torch.