Don Matthews Has Passed Away

Wow, really sad to hear. A guy that seemed invincible.

He could be a tough SOB at times, but it's an occupational hazard. He was, from almost any point of view, a winner. He will be missed!

Matthews, Ac and Bc are the main reasons I'm a Alouettes fan today. Rip The Don!! What time is it?????

Rest in peace, Don. Great coach, one of a kind, and you brought the Cup back to Montreal after a 25-year absence. :thup: :thup: :thup:

Matthews, Ac and Bc are the main reasons I'm a Alouettes fan today. Rip The Don!! What time is it?????

There was only one Don Matthews. He took a broken down team from 2001, gutted a good part of the roster and implemented his way of doing things. In his first season in 2002 he wins us all a Grey Cup! :rockin: An awesome, thrilling Grey Cup that was decided in the last minute.

A genius of defence and a mastermind of special teams. You never knew what Matthews would pull out of his hat in any given game.

There were some bitter Grey Cup losses during his time here (2003 and especially 2005), but every game with the Don, you felt the team could win.

Thanks for the hard work, creativity and success coach Matthews! :thup: [/i] 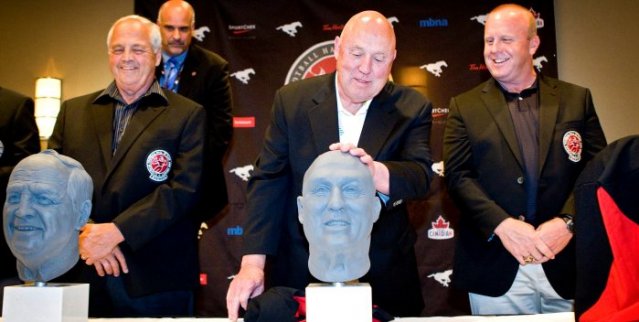