Does anybody want to work for current mgmt?

Let's see... a bunch of people refused to even interview for the OC position, and at least one candidate gave the Riders the Heisman move when offered the job.

A local kid who grew up watching the team was offered a contract to be a pro QB, and he apparently would rather give up football than play for his home team.

And now the DLine coach has bolted to a private US "college" that I've never even heard of, but I'm guessing is just a step up from high school. 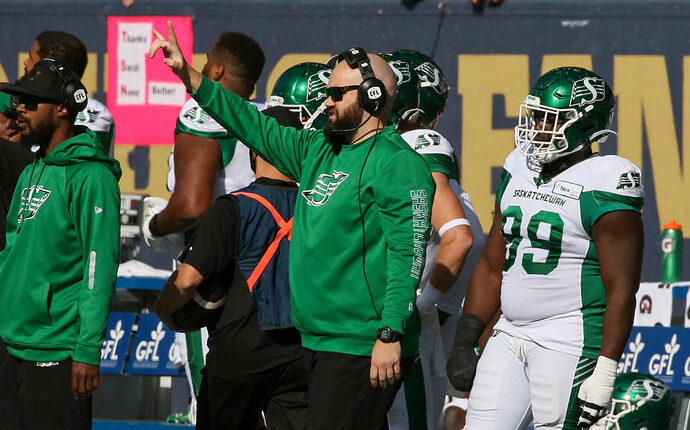 Empty seats, and lots of them.

Empty seats, and lots of them.

Players and staff all can see that with the HC in a lame duck situation, it is likely to be gone by season end.

What player or coach wants to walk into that mess. Players know a desperate HC could scapegoat them or worse derail.their developement for new players. Coaching staff know a new HC will most likely change their staff so why come to this dunpster fire just to be fired or blamed by the coach when you cant work miracles

They should have either fired the HC or extended him. By firing some and letting the HC and GM ride out final year this was the worst possible direction they could go

Yes. Not just that they damaged their reputation by not doing what they needed to when they needed to do it. I would have thought someone would have made it very clear to certain players their career hinged on their behaviour - on and off the field.

On top of clearly:

because top brass is likely part of that culture.

...y damaged their reputation by not doing what they needed to when they needed to do it. I would have thought someone would have made it very clear to certain players their career hinged on their behaviour - on and off the field.On top of clearly:Apologizing quickly when they misbehaved.Making it clear the organization as a whole found that unacceptable.Having a plan to deal with future misbehaviour.

There is plenty of history leauge wide of dirty players and little to no outrage or even emotion from the players' teams.

If the riders became the first and only team to rapond as suggested, it could backfire with players seeing the riders as the only team that wouldn't stand by them publicly

Dont get me wrong, i agree teams need to call out their own players who play reckless, but thats a league wide problem that warrents the same reaponse from all teams

The toxic probelms cerianly are not helped by some riders players actions but the solutions to that are not tied to riders public annoucments -;its tied to actual actions

#1 - Change the rules to provide harsher discipline, manditory player saftey and anger management teaining for offending players, a period of.monitored probation on return that similar acts within a years time.double the discipline. Then the CFL sets the date its effective and all.players must comply

#2 - not change the rules but imply Sakstchewan didnt do enough. That opens the door to retroactively look.back at other dirty players.and review if.it should have been harsher discipline. For retired players not much they can do but add an Asterix so folks know that player should have been removed from.the CFL

Other leauges make rule.changes.when its clear the penatly provided isnt a detterent to some players. Call it off the record the Marino rule if one wants but thats whats needed in my opinion

The relationship between a coach and player is similiar to that of parent and child. Unless you have commit horrific crimes parents stand with their kid when they face the music. They dont publically disown them and although no fan of Dickenson he did what many coaches before him.did and in public stand behind the player - not.to excuse thier actions but to stand with them as they go before the judge

Like most parents I am sure if the kid goes before a judge you stand publically by them but when alone ......... wood shed time ( figuratively)

Sad we dont find out ehat is said behind closed doors .... we almost never do

Solution is change the rule for all so everyine gets told.what is said privately in these cases

No, the OP had it right. Because of what happened last year they have a lame duck coach and GM.
There is no confidence that going to Saskatchewan will be either a long term, or a happy experience as a coach or player.

The staff are lame.ducks because its clear that they are not in the long term plans and i agree that severely impacts ability to recruit and retain staff

On most of your points i agree .... but.still feel.if thr riders publically went after Marino after the dirty hit and cut him on the spot it would be worse for player retention and recruitment.

It does.happen with criminal issues and the riders have cut a player when they were charged as have othet teams

My point is although the actions of Marino and bad behavior of a few other players should have been handled better - they in.themsleves are not the cause but add to the bad situation

A agree that a coach could rip.a player in the locker room.in front of othet players to make.sure everyone knows.the expectation of the team.cinduct ..... coaches that do that get the reputation of being fair but firm and heavy handed if needed with such behavior

On most of your points i agree .... but.still feel.if thr riders publically went after Marino after the dirty hit and cut him on the spot it would be worse for player retention and recruitment.

Totally get your point. There were ways to make it better though and make it better with their community. Go from bad to good by getting the guy help. Anger management, psychologist, involve the U of S, (involve community) help him turn that problem around - or at least make a solid effort.
The difference would be you go from "bad boys" to "good guys" no matter the outcome. Secondarily, they could have got him away from the team and the conversations with everyone, media especially would have been far more positive AND far less distracting. 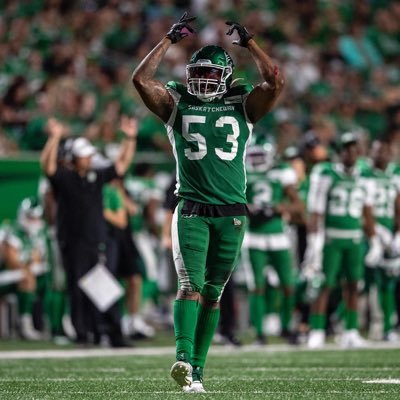 Sadly whats OK for the boss is OK for everyone. I know if I worked for someone who treated someone the way they did Fajardo last season I would be looking for a new job......