Not much sports journalism bothers me these days (except Herb once in a while), but the article
below from the CFL website really did.
Very unwarranted and demeaning to McPherson, who has worked very hard the last year or so in an effort to become Anthony`s successor.
Would like to know who the hell Matt Cauz is? 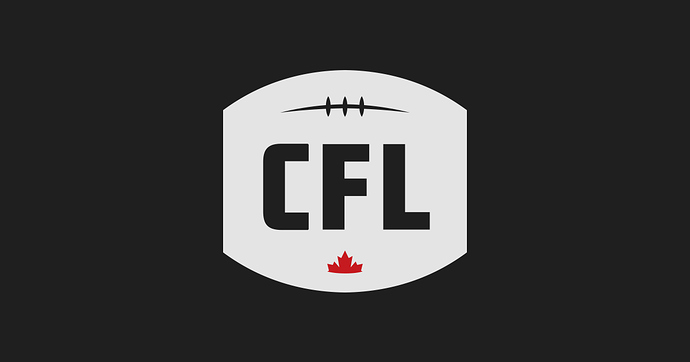 The opening of training camps across the league is like eight different mini soap operas, just with shoulder pads instead of scripts, and the median average weight is about 125 pounds heavier.

There are so many different characters coming in and out, we have no idea who the breakout stars will be and can someone please tell me what ever happened to Victor Newman?

So with so much information to sift through I thought I would narrow it down to five players to keep an eye on in training camp/pre-season.

This guy is just a physical marvel after securing the league’s outstanding player award at the age of 36 after passing for 5,633 yards and 43 touchdowns.

But how much does Calvillo, who'll be 37 in August, have left in the tank?

Waiting in the wings is a slew of celebrated collegiate quarterbacks just waiting to take over as triggerman for the Alouettes.

(a) Adrian McPherson: A physical freak in high school in Florida his turn-ons include being charged with forging blank cheques and betting on football games while playing for Florida State. His main turnoff is mascots as he was hit by a golf cart in 2006 driven by the Tennessee Titans mascot during halftime of a preseason game. Not exactly your prototypical back-up quarterback.

(b) Brad Banks: The Heisman runner up in 2002, now a 29-year-old that has bounced around on three different teams in five seasons. With only 1,195 yards and nine touchdowns I'm betting Brad won't be challenging any of Calvillo's records anytime soon.

(c) Chris Leak: His career may have peaked in 2006 after he lead the Florida Gators to the 2006 National Championship. The odds of him starting this season are about as good as his jersey number being retired in Hamilton. Chris spent less than a week in Steeltown after signing with the Tabbies. From what I heard he enjoyed Hamilton about as much as Gary Bettman does.

The guy was trying to be funny and looks like he grabbed his tidbits from googling old articles.

As far as what he says about Macpherson unfortunately things we do become part of our history or Armour like some say.

MaC is in the driver's seat as #2 and can lock that up with a strong performance in pre-season. He was exceptional in short yardage last year and according to Ben Cahoon the kid audibled a few times in his first ever CFL game last season. One of these audibles resulted in a 39 yard TD to Deslauriers...

Leak is a smart and accomplished QB, his toughness has been questionned by NCAA fans but the Als seem to think very highly of him.

Santos apparently is available on the trade market (rumour)

Banks has been a model team player but his age and salary may be the deciding factor.

Calvillo reported to camp in the best shape since he's a pro....so lot's left in the tank.