I thought some folks might be interested in this piece. Describes a young Montana QB before he became an NFL/CFL player and CFL coach. 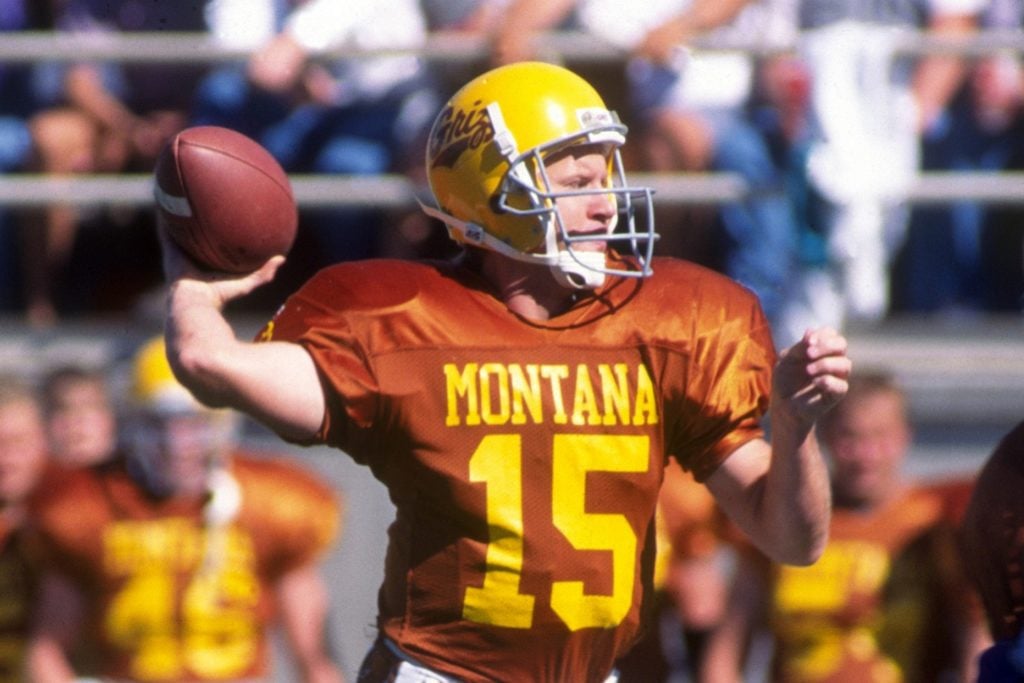 With the Ducks hosting the Grizzlies on Saturday, this is a good time to remember one of the best games by an opposing QB in Autzen history.

This was in the early stages of Dickenson’s career, before he led Montana to a 1995 I-AA national championship, before he played two seasons in the NFL and before he won five Grey Cups in 10 seasons in the CFL, before he was inducted into the College Football Hall of Fame, before he became coach of the CFL’s Calgary Stampeders, before he was [url=https://bigskyconf.com/news/2014/6/19/FB_0619144751.aspx]voted as the No. 1 male athlete in the first 50 years of the Big Sky Conference[/url]. Heck, at that point in the 1993 season, Dickenson hadn’t even won Montana’s starting quarterback job yet.