Drafted by the TiCats, 26 years old
Last season in 16 reg. games had 46 tackles with 4 INT's
7 tackles in2 playoff games

Sources say Stephen’s new deal is reportedly similar to the three-year contract extension signed by another Canadian safety, Matt Black of the Toronto Argonauts, which pays him an average of $175,000 a season. 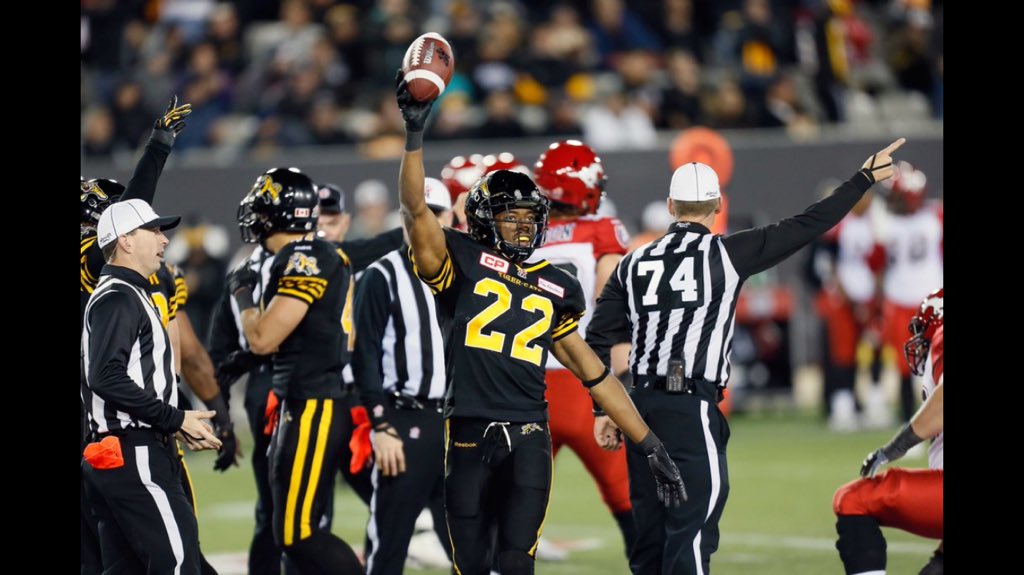 I hope this is the start of a tidal wave of re-signings. I know they won't be able to sign everyone, but one can always hope. Hope is the one thing nobody can take away.

I think CS is just coming in to his own as a DB. Hopefully this contract will give him a little security and additional confidence. He is a ratio breaker for us. Very reliable.

Great to see that Courtney Stephen re-signed with the Cats, he is just another vital component of our tough Ti-Cat defence that I'm sure will be strong again this season and hard to play against.

Let's ramp up the INT's this year again!