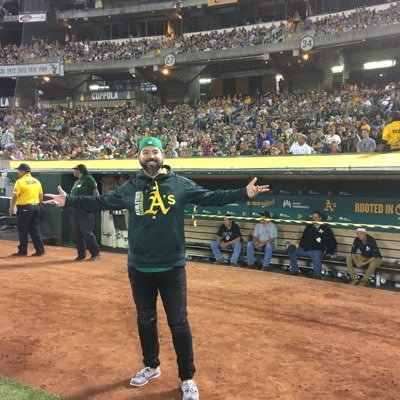 @Mikestro20 @Claujo31 @Ticats I listened to June Jones in an interview and he said that he has done this in the past where he has no special teams coach. A certain coach will do kickoffs one will do returns and so on and so on
ottawacat March 2, 2018, 12:45am #4

The ticats.ca main page story on the announcement refers to the published list as "thefullcoaching staff.

Easy, Jones will call the play along with coach O.

Calling plays and being the offensive coordinator are not the same thing. But I presume in this case JJ is OC.

I agree with you, everyman, that the OC's job description is much more than just calling the plays. The OC has primary responsibility for designing specific individual plays, and putting together an offensive game plan for each match.

So if that's Jones, then why isn't his title "Head Coach and Offensive Coordinator"?

June Jones is the Head Coach, Offensive Coordinator, and play caller. Perhaps Andy becomes a player/receiver coach and upon retirement, is the receiver coach . I'm just guessing but this is the Jones Offence and he runs the show.

I remember Higgins learning a tough lesson in Montreal after trying to go without a ST coordinator. (Brandon Banks also remembers.) Not sure if any other teams have tried this approach.

Our special teams weren't so special last year under McKnight, other than placekicking. He has moved to O-line, a position he actually played in the NFL for 11 years, so that could be a good move. And in a strange coincidence, McKnight actually coached under June Jones at two different colleges, even though he joined our staff before Jones did. Maybe he was another Reinebold recruit.

As for O coordinator, I'd assumed Morrison was hired for that role, but apparently not. According to his resume he hasn't been at the coordinator level in the past.

WELL, our offensive coordinator last year really didn't have a lot of authority anyways.
I also heard Jones say Orlondo wanted to take a more active role learning the offensive side of the ball.

They have the coaching horses but the way they have lined them up I am not so sure...

I would assume that the two names directly above "Gotta ask ...." answers your question.
Jarryd Baines is coaching the receivers and Craig Butler is coaching the Special Teams.
But, I may be reading it wrong.

After hearing Coach Jones in a couple of radio interviews since announcing his staff, it's clear that there is no Special Teams Coordinator, by that title, but Craig Butler, he said, will be "taking the lead" and other coaches will have input. While he didn't say it exactly, I did get the impression that Jones, himself, would be spending time with the receivers. I also expect Orlondo will have input here, there, and pretty well everywhere in all 3 facets of the game.

I wondered about the ST Coordinator position too. But if you click on Craig Butler's name, the profile of him says he is responsible for special teams.

What titles JJ applies to the assistant coach jobs is not as important as what roles he wants them to play. He'll set that up the way he feels is best. That's his prerogative.

Steve Milton on how the Coaches duties line up

When the Ticats released their 2018 coaching staff roster Thursday, Butler was listed as defensive assistant and “Special Teams.”

Since there is no formal special teams co-ordinator on the staff, the 29-year-old London native is likely the de facto co-ordinator. But, since he’s young and less than a full year removed from his playing career, Butler will be assisted by a veteran group comprising, but likely not exclusive to: new assistant head coach Orlondo Steinauer, whose return from Fresno State was announced last week; new defensive co-ordinator Jerry Glanville; and Dennis McKnight, who was the 2017 special teams co-ordinator but will be the offensive line coach in 2018.
Butler will also be position coach for the safeties.
“Craig is going to be the one to do all the film work, and he’ll take off the specific special teams, say, kickoff,” Jones told The Spectator. "Each position coach will have one or two of the teams, like field goal protection, or kickoff return.
“Craig basically took two or three of those teams last year working with Dennis. I watched how he coached and liked it.”

Dennis McPhee — the Hamilton native always popular with the players and in the community — retains his position as defensive line coach. This will be his 16th season on the Ticats staff in the last 24 years, including five straight heading into 2018.

William Fields, who was an assistant on defence and special teams last year, also has a promotion: he’ll be the defensive backs coach with responsibility for the four “outside” positions in the secondary: halfbacks and cornerbacks.

Craig Butler gets nod as Ticats staff rounds out

It appears that Craig Butler, an intelligent and hard-nosed safety during his recently-ended playing career, has a bright future as a professional football coach.

I find it rather curious that Lolley before being promoted to DC was originally hired as the teams Linebackers coach last year and now it seems that the new Jones coaching staff doesn't even list anybody as a coach in that area .

Thanks for the update.
I didn't have a great feeling about Lolley but I think he did a good job. The D often bent but didn't break in some key situations other than that pass interfence call against Calgary. I thought he did a good job.
As far as Jerry Glanville, I have that same feeling.

Henry Burris has a take that I actually for once agree with...
"So there’s lots of questions that have to be answered and only time’s going to tell if this thing is going to work out. But again, Jerry Glanville doesn’t have experience in the CFL, so I don’t know why they gave him this. I think it was just more of a payback for the things he did for their head coach throughout his NFL career.?"