Still a few more weeks till the other CJFL conferences start their seasons.

Here's the schedule of BCFC games to be broadcast on Telus.

I believe the games will show up on Youtube a couple days later. 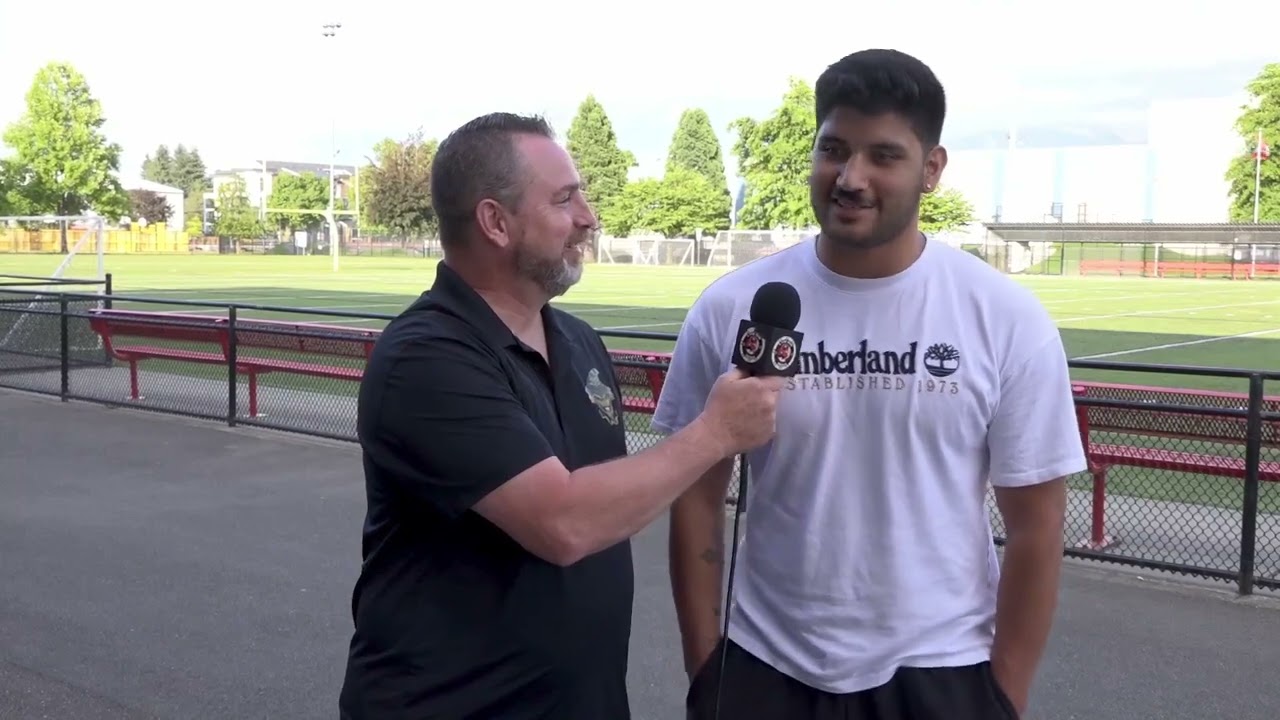 Here's a young Canadian QB to keep an eye on: 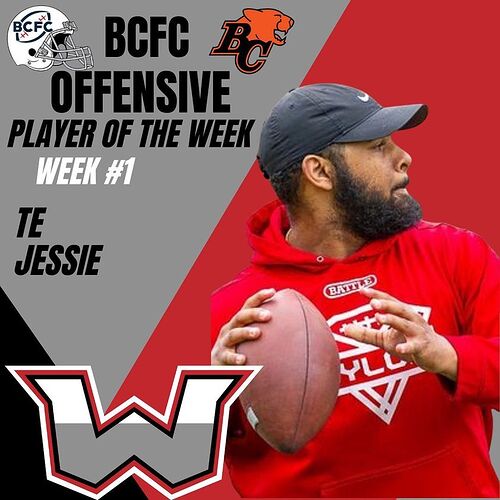 When the son of former Grey Cup & Superbowl winner Tim Jessie transferred from Carleton University this past off-season, Rebels head coach Shane Beatty was confident his club had signed a key piece to get back to the play-offs after a 1-7 season in 2021.

The massive signal caller out of St. Pauls High School in Winnipeg made a statement in leading his club to a 36-20 road win over the defending national champion Langley Rams.

Jessie was stellar in completing 16 of 22 passes for 222 yards, 3TDS & 1 interception. He also added a rushing touchdown of his own.

Here's the Week 2 schedule for BCFC games. I have it on good authority that our very own @mahalcflers will be working the game in Kamloops.

Any other forum members out there who officiate at the grassroots level?

It looks as though the league and conferences are getting new logos.

Also of note, it looks to me as though the league is getting a new logo. 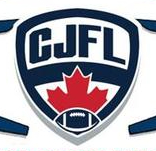 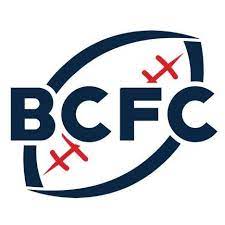 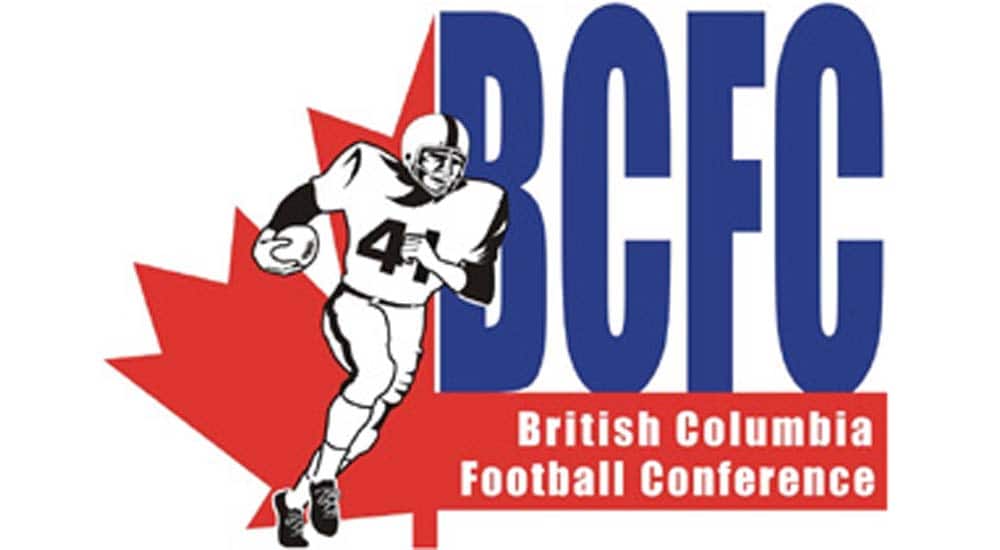 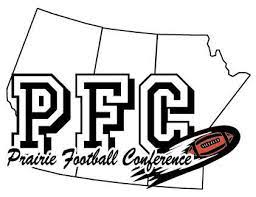 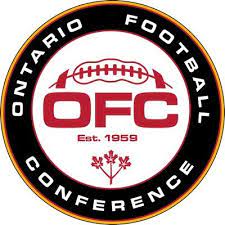 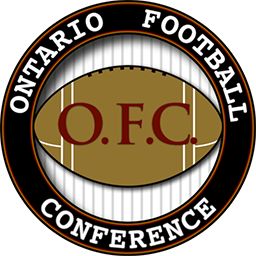 ...Here's the Week 2 schedule for BCFC games. I have it on good authority that our very own @mahalcflers will be working the game in Kamloops. Any other forum members out there who officiate at the grassroots level?Week 2Jul 30 4 Valley @ Westshore 4:00 PM Starlight StadiumJul 30 5 Okanagan @ Langley 4:00 PM McLeod StadiumJul 30 6 VI Raiders @ Kamloops 6:00 PM Hillside Stadium

Here are yesterday's results. Of note, last year's national champion Langley Rams are not 0-2 to start the season. Coach Philpot can't be happy with that. 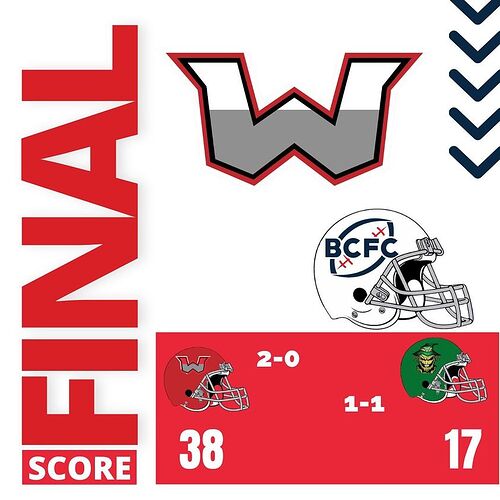 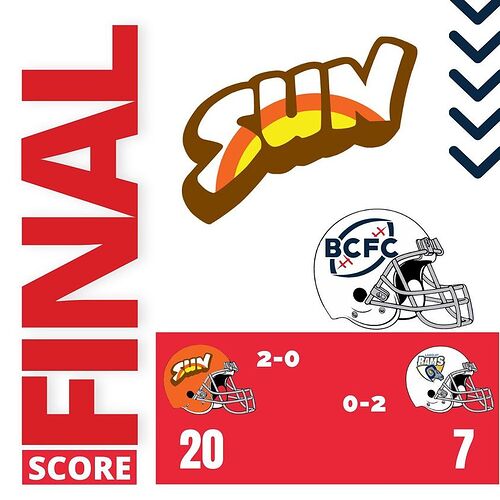 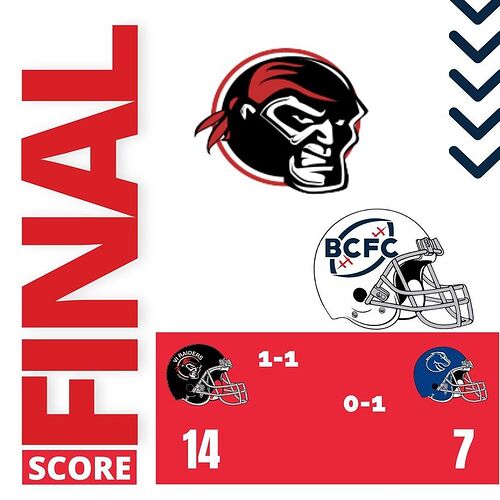 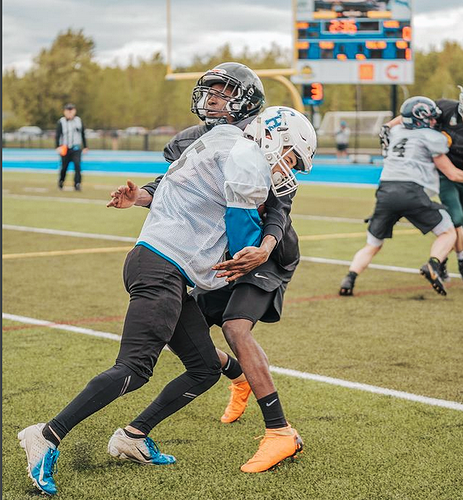 Here's a preview of the Week 3 matchups. Will the defending national champs get their first win? Or is coach too busy watching his sons play in Montreal and Calgary? 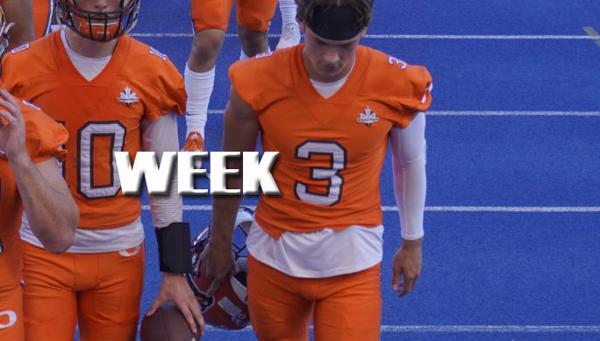 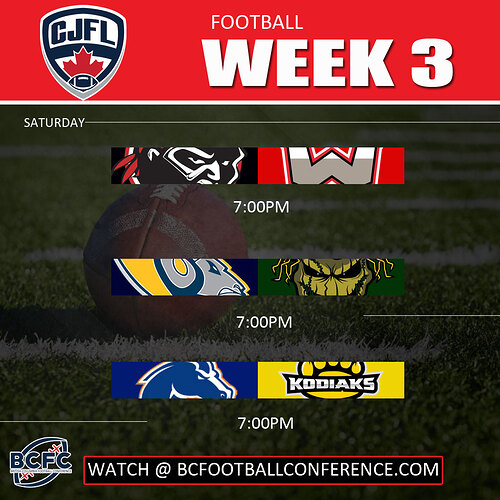 ps. one more week till the Prairie and Ontario conferences start playing

Sounds like the first game in Prince George was well received, though the home team lost.

Of note, former Stamp Keon Raymond is the head coach.

- Advertisement - Junior football is in Prince George, and Prince George loves it; fans packed the stadium for the Kodiaks’ franchise first home game last (Saturday) night. “I think we are probably going to have the best atmosphere in the BCFC.” Head... 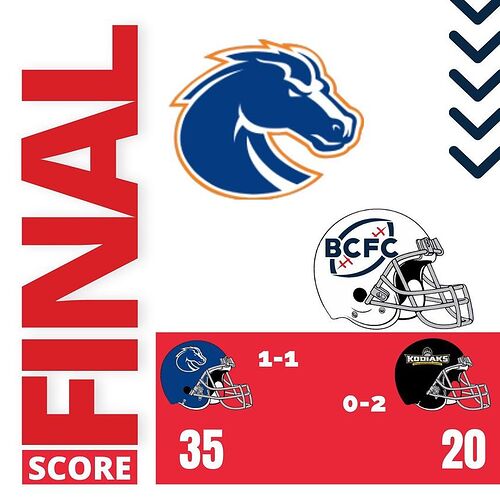 Another article about the impact the new team is having in Prince George. I hope Lethbridge can get to experience the same thing, with them being rumoured as the next CJFL expansion city. 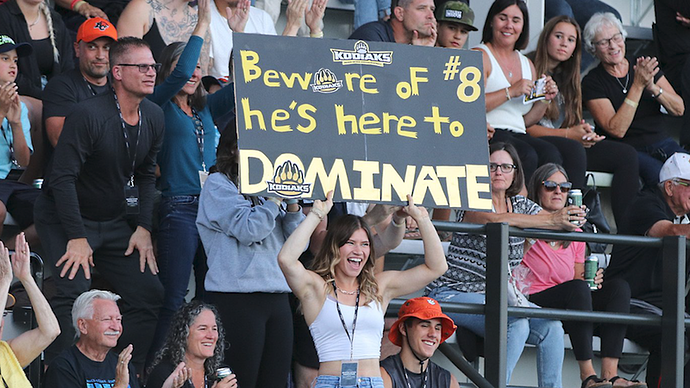 PRINCE GEORGE - The Prince George Kodiaks have been making a name for themselves within the city in a short am...

Big weekend for the CJFL, with all three conferences in action. The one I'm most interested in is Westshore (3-0) vs Okanagan (2-0). Who will remain undefeated?

I was hoping to find a stream of the London-Ottawa game, but haven't as yet.

Here's a link to the Quinte-St. Clair (Windsor) game in case anyone needs a distraction from the Lions-Stamps tilt:

I was hoping to find a stream of the London-Ottawa game, but haven't as yet.

Here's a link to the Quinte-St. Clair (Windsor) game in case anyone needs a distraction from the Lions-Stamps tilt:

Even more scoring in this game than in the Lions-Stamps game.

Unfortunately for Quinte, they scored 0 of those points!

Hamilton vs Toronto starting now. Hamilton should be the big favourite in the one. 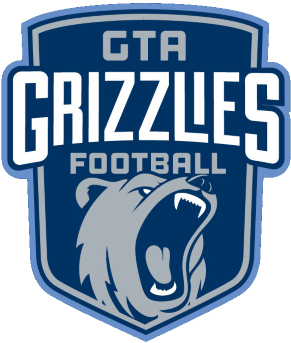 Not a very competitive week to begin the OFC season, but nice to see the Sooners play for the first time in several years. 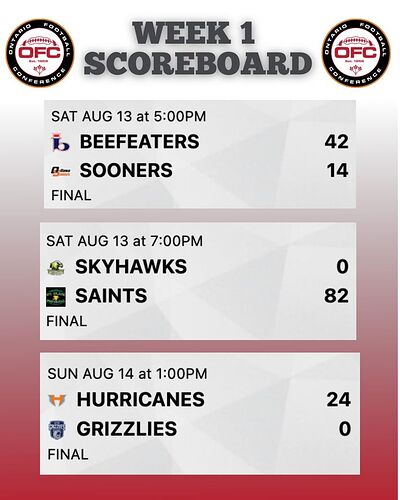 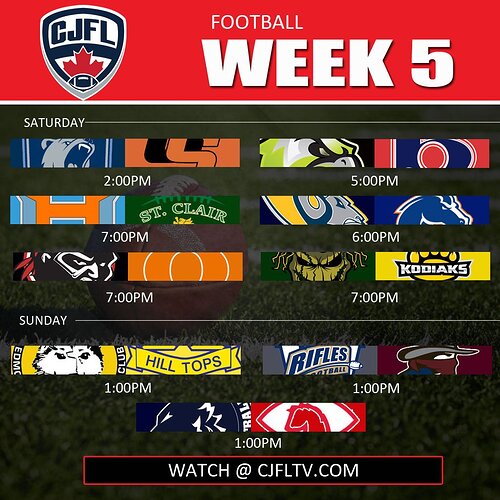 Highlights from the BCFC. Boy, there are some fast young men playing in that conference. Remember the name Mike O'Shea. I wouldn't be surprised to see him in the CFL someday.