changing of the times

just wondering, with the increase of number of genders and identities and such, will this give new meaning to the terms mixed doubles and co-ed?

It’s not always so black and white, as demonstrated by Caster Semenya. 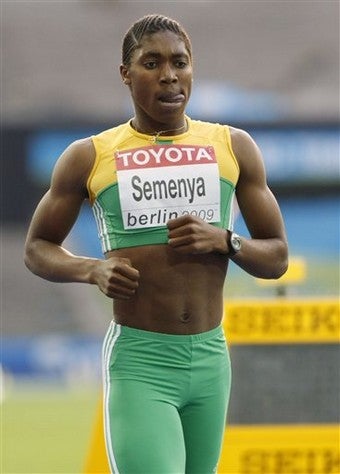 I know I’m tilting at windmills. . . but the trendy mis-use of the word “gender” bothers me.

So I have no problem with a phrase like “gender-neutral language” because the word gender is being properly employed.

But phrases like “gender equality”, “gender parity” and so on I think are incorrect.

Now I concede that the English language is dynamic and not static. Words do change meanings over time. Example, “awful” used to mean “full of awe”; now it means “bad.” Second example, “goodbye” was originally not a legitimate word but rather slang; in the Dark Ages, the proper phrase when you were parting company with someone was “God be with ye”; “goodbye” is but a contraction of “God be with ye.” Don’t know why or when the extra “o” snuck in.

But if we are going to change the meaning of the word gender to become a synonym for sex, why is it not being done consistently?

I have yet to hear of anyone being charged with “gender assault.” And, in my younger days, I know that I never took a young lady out for dinner and towards the end of the meal gently suggested that she come back to my place and have gender with me.

Sorry gang for straying off topic a tad. . . but it’s been a long offseason and there’s a paucity of CFL news going on just now. . .

MadJack is right (ouch, that hurt ;)). Sex is a biological term, so it’s reasonable to say that the human species generally has two sexes, while recognizing that there are also intersex people who aren’t born clearly male or female.

Gender has been primarily a grammatical term. French and Hebrew have two genders, German has three (I love the way the German word for knife is neuter, spoon is feminine, and fork is masculine), and English has four (masculine, feminine, common, neuter).

In recent times, however, “gender? has also become the normal term for the social/cultural understanding of someone’s sexuality – what is considered “masculine,? “feminine,? or something else in a particular culture. For instance, traditional Polynesia recognized three genders: masculine, feminine, and a third, middle gender (mahu in Hawaiian, maohi in Tahitian) who were often physically male but lived in a more feminine style and had a role distinct from both the other two genders.

I myself am rather fuzzy on the relationship or distinction between “gender? and “sexual orientation? and I have no idea what “two-spirited? means. As the thread suggests, this stuff is obviously in transition in our culture.