What would our territorial rights be compared to TOR?? 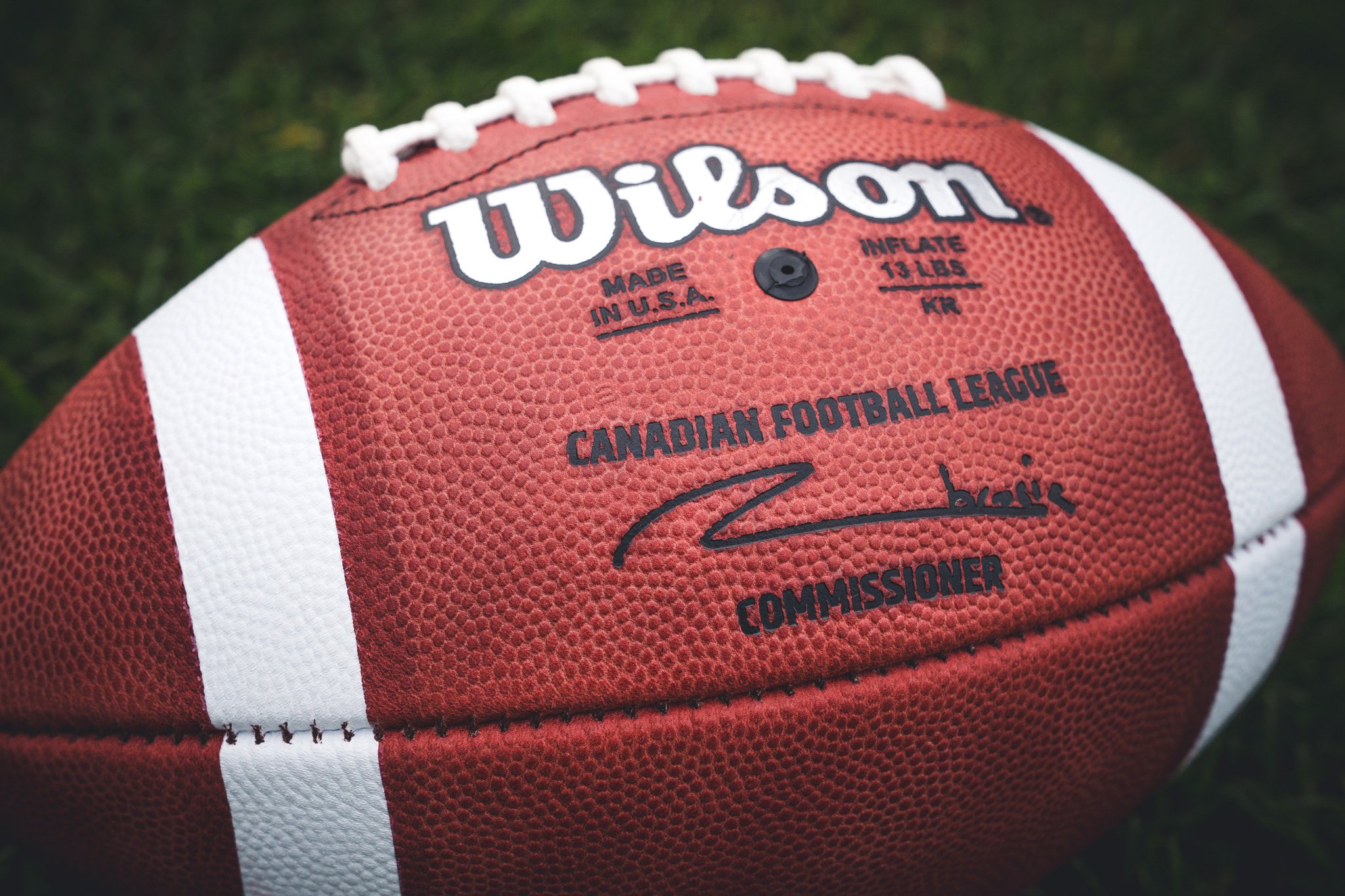 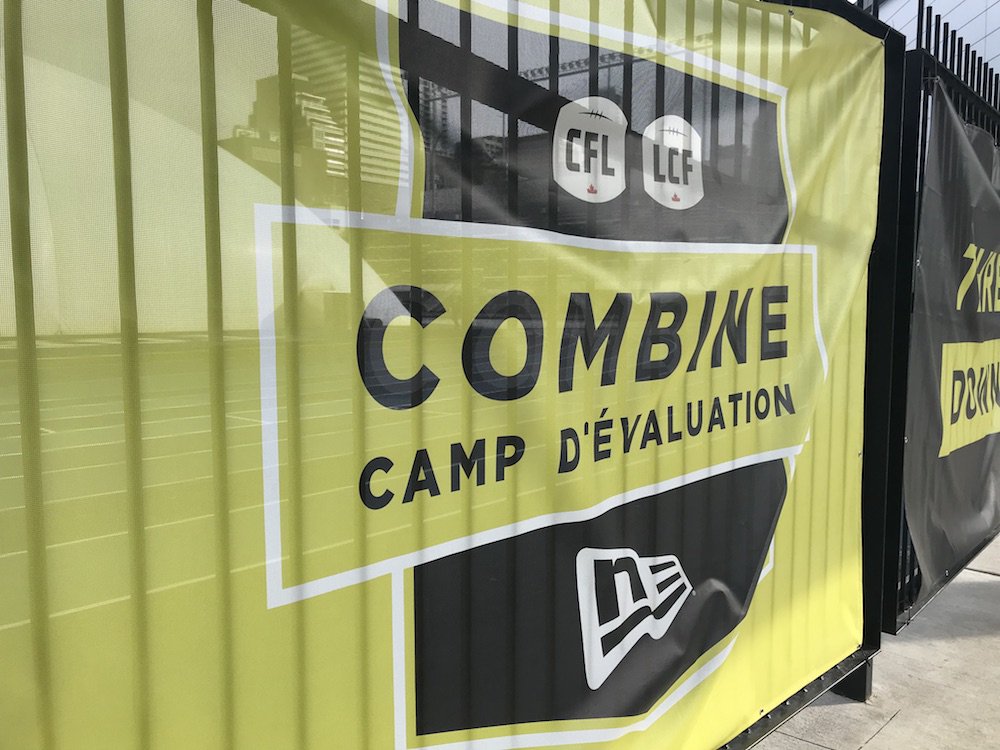 I agree Grover . After the second round is complete, the Argos and Als may pick a territorial player at #18 and 19 . In the old days, I believe London was part of our “territory”.

The way I read it, only the Argos and Als are involved but God only knows . 2 weeks before the draft and Randy pulls this out of his ***.

So when the Cats pick in the 3rd round, there will be 2 fewer players available. So essentially our 20th and 22nd picks have become 22 and 24. Thanks for the warning Randy !

I don’t think the idea is a bad one but the timing stinks ! From 1973 to 1984 the league draft began with territorial picks, followed by the regular draft . It began with 2 players being protected by each team and eventually led to one protected in 1983 and 1984.

I guess what’s old is new and I can relate to half of that.

It looks like Ambrosie is out of control and feels the need to change for the sake of change. And why not propose it for next year? Think CFL 2.0 has clouded his judgement.

I like this Territorial Exemption Rule , I only wish all teams could use this in one of the rounds .
This is a way for Montreal’s threatened franchise to gain one draft pick that their “…” GM threw away …

If John Hodges mock draft were to be anywhere near correct ,which it won’t be , the picks he has us taking would not be affected by Territorial rights of A’s & Als…

“10. Hamilton Tiger-Cats (via Montreal Alouettes) — OL Shane Richards, Oklahoma State
The scouting bureau’s second-ranked prospect falls into the second round where the Ticats would be lucky to pick the giant 6-foot-8, 325 pound guard.
Sixth-man Landon Rice wasn’t retained by Hamilton in free agency, opening the door for Richards to contribute as a rookie. You can never have too many offensive linemen, making this a solid pick for the Tabbies.
11. Hamilton Tiger-Cats — DB Jamie Harry, Ottawa
It appears the Ticats are planning to start a Canadian at both safety and strong-side linebacker this season, making Harry the perfect fit in Steeltown.
Harry has strong cover skills, a 6-foot-2 frame, and doesn’t shy away from contact. Reuniting him with former teammate and 2018 second-round pick Jackson Bennett is an added bonus.”

Anyone think this would be happening if the bottom two teams had been BC and HAM?

How does Territorial work?
If a player born and raised in the States and going to University in the States but his Mother was born in Quebec 40 years ago,
Does he belong to MTL??

Will it go by Birth Certificate or University Program or :o :o

Devil is always in the details.

Should go by residence , so a Player born in Toronto and raised in Burlington the majority of their youth and Football career would be a Hamilton Territorial Candidate …?

Give the weaker teams a slight advantage ,good idea.

I would have liked to see the league introduce this new rule for next year, to let all teams know in advance it is coming. That would have been more fair. But we’ll still get good players with our top picks. It’s supposed to be a deep draft, and we have good talent evaluators.

Toronto and Montreal obviously need all the help they can get. They will probably screw up their extra picks anyway.

How does Territorial work?
If a player born and raised in the States and going to University in the States but his Mother was born in Quebec 40 years ago,
Does he belong to MTL??

Will it go by Birth Certificate or University Program or :o :o

The two teams with the highest waiver priority will each get to make one Territorial Draft Pick – to be used to select a player born within their territorial limits at the end of the second round.

No matter it is still BS,
We haven’t won a Grey Cup in 20 years and we are giving TOR and MTL extra prime time draft picks

recent draft history of the teams getting rewarded for crap drafting and trading :o

The territories according to the constitution.

The territorial limits assigned to the member Clubs in Canada by the League as of September 9, 2002 are as follows:
(a) Montreal – The Province of Quebec with the exception of that portion situated within 120 kilometers of the Peace Tower in Ottawa. September 18, 2002 4.04 {E5105298.DOC;1}

(b) Ottawa – The Provinces of New Brunswick, Newfoundland and Labrador, Nova Scotia and Prince Edward Island; that portion of the Province of Quebec situated within 120 kilometers of the Peace Tower; the City of Ottawa; the District Municipality of Muskoka; the Districts of Manitoulin and Parry Sound; the Town of Newcastle and the Townships of Brock, Scugog and Uxbridge in the Regional Municipality of Durham; the United Counties of Prescott and Russell, Leeds and Grenville, Lennox and Addington, and Stormont, Dundas and Glengarry; the Counties of Frontenac, Haliburton, Hastings, Lanark, Northumberland, Peterborough, Prince Edward, Renfrew and Victoria, all in the Province of Ontario.

(d) Hamilton – The Cities of Hamilton and Greater Sudbury; the Districts of Algoma, Cochrane, Nipissing, Sudbury, and Timiskaming; the Regional Municipalities of Haldiman-Norfolk and Niagara; the City of Burlington and the Town of Milton in the Regional Municipality of Halton; the Counties of Brant, Elgin, Essex, Kent, Middlesex and Oxford, all in the Province of Ontario.

(e) Winnipeg – The Province of Manitoba.

(g) Calgary – The southern portion of the Province of Alberta, being that area south of the 52nd parallel latitude.

(h) Edmonton – The northern portion of the Province of Alberta, being that area north of the 52nd parallel latitude.

(i) B.C. - The Province of British Columbia.

(j) The North West Territories and the territories of Yukon and Nunavut; the Districts of Kenora, Rainy River and Thunder Bay in the Province of Ontario are open to all Member Clubs of the Western Division.

(d) Hamilton – The Cities of Hamilton and Greater Sudbury; the Districts of Algoma, Cochrane, Nipissing, Sudbury, and Timiskaming; the Regional Municipalities of Haldiman-Norfolk and Niagara; the City of Burlington and the Town of Milton in the Regional Municipality of Halton; the Counties of Brant, Elgin, Essex, Kent, Middlesex and Oxford, all in the Province of Ontario.

Ya, agreed, why isn’t Waterloo part of Hamilton ?

What does the guy who defined those territories do now?
I’m guessing he designs today’s box store parking lots.

So basically Toronto gets the majority of the population of Ontario, thus increasing their odds of finding talent. Toronto and Hamilton should have shared territory of Ontario minus Ottawa region.

TiCats best territorial selections were Rocky DiPietro in 1978 and Ralph Scholz in 1984. That was the last year of the territorial picks.
Interestingly in 1985, the 2nd pick in the first round of the CFL Draft was an OLineman from Manitoba, going to the Calgary Stampeders . His name was Randy Ambrosie. ;D

Pat Lynch (the aged one)

I am in KW and my season seats are with the Cats. Do I get to vote on this?

(It’s probably because the Toronto university teams are CONSISTENTLY lousy.)

Bring back the Territorial Selections for all teams !
Everyone cheers more for a local Player , bring it back!
I always thought we drafted Rocky DiPietro , and for some reason thought he was born in Sudbury , turns out Sault Ste Marie Ontario…
I have to think the Als win with these Territorial exemptions , have the pick of the majority of Quebec that Football Hotbed.
We do well having Burlington ,a strong Football area .