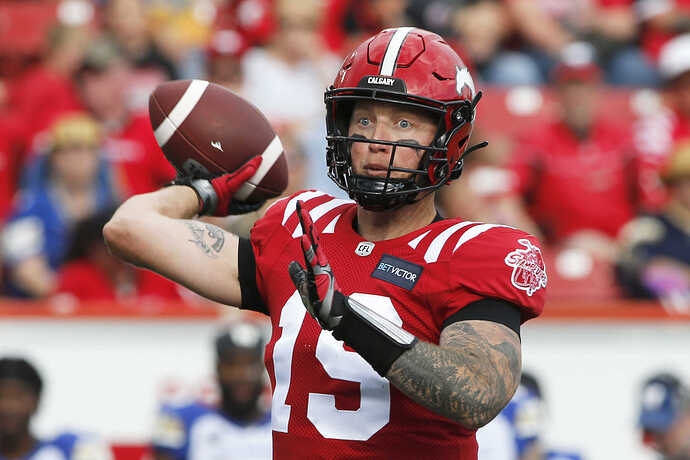 2023 has officially arrived and we are only six weeks away from the start of CFL free agency. Over 200 players are currently set to hit the market, including a number of marquee players who could reshape the landscape the league. Below is a list of...

seriously those two are almost interchangeable nowadays. come’on 3DN, Bo is not the number one FA even if he thinks he is.

Agreed on Bo and Cody. In my opinion the 2023 version of Bo won’t be that great and is nowhere near the #1 free agent on the market. And where is Jamarcus Hardrick and Janarion Grant?

I expect that many on the list will sign with their current teams prior to free agency. This list should look a lot different in about a month.

yea i was wondering about Grant but i thought maybe he got re-signed? he would look good in Lions orange and black

i cant wait for the inevitable QB controversy for the fanbase of whichever team signs Bo when his arm goes limp and the backup comes in and is a huge improvement.

Jeffcoat, Bryant & Demski from the Peg along with Toronto's Gittens, Stamps Judge and Ottawa's Mauldin should all be higher up on the list and in no way should Bo be #1.

Lewis and Demski are the go-to guys on this list.

came back here just to laugh at BLM being numero uno.

i like 3dn but sometimes they puzzle me and then occasionally they get it totally wrong like this one.

i could see a scenario where Fajardo, BLM, Harris and MBT all start in the east division, or one of them is backing up Masoli. or Kelly if MBT retires.

i could see a scenario where Fajardo, BLM, Harris and MBT all start in the east division, or one of them is backing up Masoli.

This year, I don't feel as though the QBs are the big-ticket FAs. I see Harris as the most attractive QB available, but I don't think many teams would feel super compelled to try to pry him out of Montreal.

All teams would be glad to add any of these guys.

I think the same could be said for Zack Williams out of Calgary. The more skilled Nat pass protection you can get, the better.

Mauldin had a monster year in Ottawa and is still in his prime.

I wonder what Chris Jones is going to do to try to turn around the Elks fortunes.

Showed up last year with a fair discrepancy between salary and performance where guys like Malik Henry, Dillon Marshall or Dalton Schoen came in on rookie deals and outperformed the highly paid veterans. Teams have to be careful.

Should be a big advantage for teams that recruit like Edmonton or Calgary.

Did not see Derel Walker's name. Like Zack Williams.