Saw something where he tweeted about being back with the Cats in some capacity, not as a player. Who knows, could be our next db coach.

Breaux as our DB coach would be very interesting.

I thought our DBs this year looked good on paper but at times didn't play as good as we expected.

As former DBs I think Orlondo and Washington will want to address that this off-season.

Saw something where he tweeted about being back with the Cats in some capacity, not as a player. Who knows, could be our next db coach.

He also mentions it here at the end of the article ... 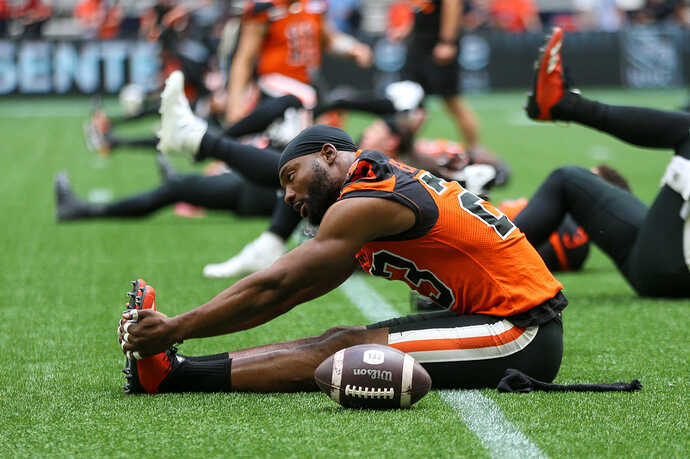 Longtime CFL defensive back Delvin Breaux Sr. has announced his retirement from the league. The 33-year-old signed with the Hamilton Tiger-Cats in May 2013 following a stint with the New Orleans VooDoo of the Arena Football League. He recorded 60...

Breaux as our DB coach would be very interesting.

I thought our DBs this year looked good on paper but at times didn't play as good as we expected.

As former DBs I think Orlondo and Washington will want to address that this off-season.

I see what you did there . Very well said .

Perhaps our recent QB tweaking will encourage our OC to stay and win a cup with the Cats .
Now I'll wait for the barrage of nay nays and oh my goodness gracious replies from the non - cheerleaders ..

Milt Stegall just stated how unfair football can be to great players . He played 14 years in the Peg without winning a cup .

Milt Stegall just stated how unfair football can be to great players . He played 14 years in the Peg without winning a cup .

Well with any luck Brandon Banks will wind up playing 9 years without winning a cup .

Interesting read here, where the league's twice-in-a-row MOP gives credit to Kent Austin and Tommy Condell for being big influences in his having such a successful CFL career. 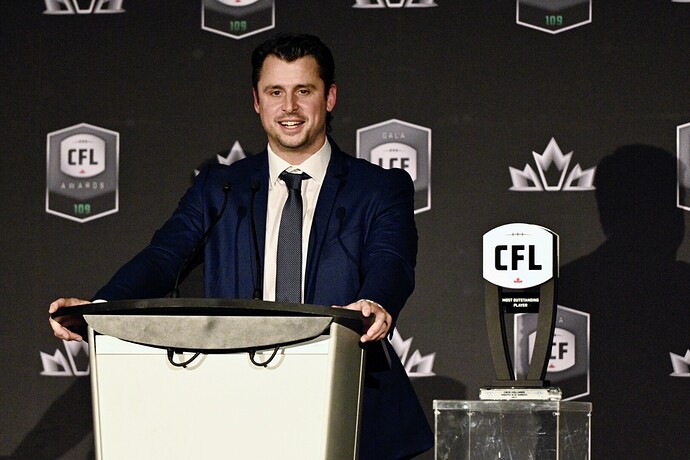 Zach Collaros' success with the Bombers rubs salt in the wounds of Rider fans...

Rider fans don’t get too excited about Zach Collaros winning awards. In fact, most of Rider Nation would be just as happy to forget about any of Zach’s two Grey Cup wins with Winnipeg or either one of his CFL Most Outstanding Player awards. For... 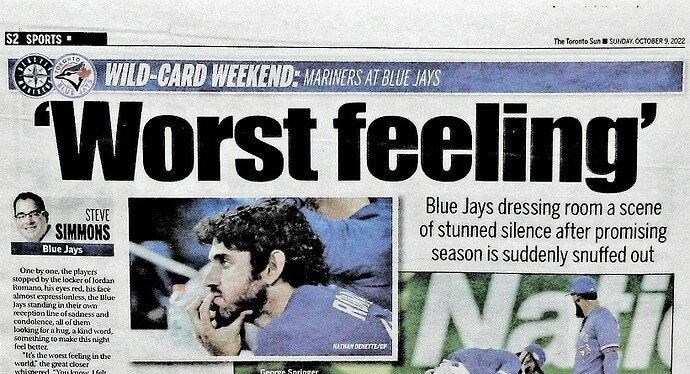 Toronto Sun Blows It With Simmons

Tons of TiCat clippings and pics at the end

I agree with the sentiments in this article, as much as the headline and Argo-centric focus pains me. I do find it hard to relate to athletes in other leagues with 7-and-8-figure salaries. Feels like they occupy a different universe, just like Thor and Hulk.

This is a league full of professional, dedicated athletes right on the cusp of being the best in the world. And yet while the average NFL player earns close to $1 million per year — and the top players in that league earn tens of millions — the average CFL player may not earn enough to qualify for a mortgage in Toronto. To be sure, the Canadian league stars do OK by everyday people standards, but just OK: the average league salary is reported to be between $60,000 and $100,000 per year. That’s right in the range of the median household income in Toronto. According to indeed.com, it’s what a carpenter for the TTC or a production supervisor in a factory or truck driver might expect to earn. It’s not at all terrible money. It’s an everyday person kind of salary.

Which is what seems remarkable. At this point, it’s a rarity to think of professional athletes as lunch bucket workers who may be living paycheque-to-paycheque like the rest of us (the average NHL player earns over $3 million dollars, the average MLB player more than $4 million, the average NBA player more than $8 million). We think of the athletes we watch competing for championships as superheroes, living superstar lifestyles. These Argos may perform similar superhuman feats, and certainly put in similar amounts of effort, but away from the field they may also be keeping a wary eye on the price of lettuce and gas just like the rest of us.

Which somehow makes it all the sweeter to watch them in the biggest moments: when all that hard work and dedication takes them to national television, in a stadium packed with fans, to participate in a Canadian tradition stretching back to 1909, in one of the most exciting games you’ll see at any level of any sport.

Argos are just like us, making their Grey Cup victory sweeter | The Star 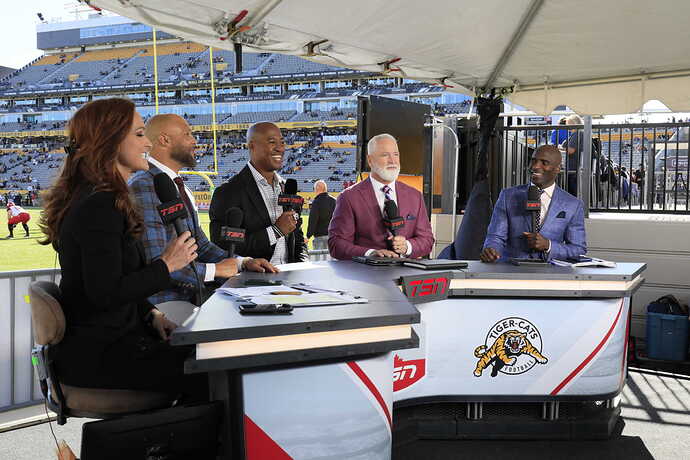 Opinion: the CFL should be looking to expand national media rights beyond TSN...

There was a time not too long ago when sports media pundits thought there would be a ceiling for how much companies would be willing to pay leagues for the right to broadcast their games. It’s now 2022 and if there is one, that ceiling doesn’t appear...

I believe that it's past time for TSN to have the streaming options for all subscribers (either cable or streaming), with all past games available. Something else that would be of interest to me, is the "all-24"-type of view so that we can see the formations and routes of everyone on the field.