REGINA — The Calgary Stampeders earned a 32-21 win over the Saskatchewan Roughriders from Mosaic Stadium to close out Week 20.

Well, at least the weekly disappointment is over. We got a look at Fine, and he had to run for his life, just like Fajardo all season. Can we all just agree that Fajardo was not the problem for the Riders? I've got a wild idea, how about we do something to protect the QB.

You are absolutely correct to bad the GM is not smart enough to see it. Because the GM is too dumb to realize this the great fans have to suffer through it and the same with the blame game. Blame it on the QBs. Just maybe the GM knows but figures the fans are not smart enough to recognize this fact. Three changes are required 1) GM 2) OC and the Oline and everything is fixed.

Looks like coach Dave Dickenson has a nice problem on his hands for their playoff matchup versus the Lions on Nov 6/2022. Who do you start in the backfield with Ka'Deem Carey

Will it be Peyton Logan or Dedrick Mills

Perhaps he shall consult with the President & GM "John Hufnagel" 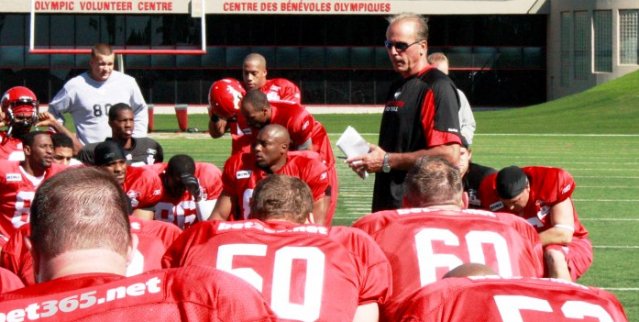 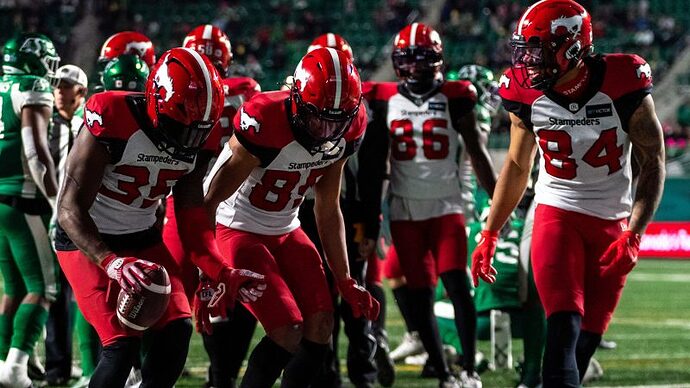 Supreme disappointment. The Dan Marino incident along with the Pete Robertson injury and the rash of Covid on the team right after began a rapid descent of my Riders. The back lash and repercussions of those few minutes of play in that game exploited many short comings the Riders had and leaders that should have stepped up at that point either did not or could not help the team out of a quagmire.

The leaders I refer to were :

Solution:
Some players who are making a lot of money on this team now played them selves off the roster for next year. (This should be good news for improving the O-Line) There is a very good foundation of players but the biggest problem is our O-line and our D-Line. We lost most games in the trenches and it has to be fixed. Signing Duke Williams basically did not allow cap space to deal with our O-line. I believe it was the hope of O'Day that the O-line would make a step forward with a year under there belt...did'nt happen. We know better now! If O'Day made an error it was our O-line. He did great improving our linebackers, he signed Duke and it did not work. I will give O'day another year.

A healthy QB in Cody F. Let him and Fine fight it out. CF will have to take a pay cut next year no matter where he plays. He is a good QB and good team leader. The last two years the Riders were on the brink of a GC appearance. Im not giving up on CF yet. Lets get him (knee) healthy.

I think I have lost faith in Jason Moss... This is the one key change I would make with the coaching staff. That said, a healthy QB and improved O-line may fix things.

DO NOT FIRE THE HEAD COACH!!!

...cut next year no matter where he plays. He is a good QB and good team leader. The last two years the Riders were on the brink of a GC appearance. Im not giving up on CF yet. Lets get him (knee) healthy.I think I have lost faith in Jason Moss... This is the one key change I would make with the coaching staff. That said, a healthy QB and improved O-line may fix things.DO NOT FIRE THE HEAD COACH!!!

I agree with most of your post, especially in regard to Duke Williams and Dan Marino. They both seemed to put a spell or bad omen on the team. Duke, good bye, hope to never see you again.

I however feel that there is a good reason why Craig "sits at the kiddies table" in the Dickenson Christmas household. He is certainly not head coaching material as he is too nice a guy to be a head coach. He absolutely of all the staff needs to go. O'Day and Maas, maybe?

If Cody is let go and they bring in BLM, I will divorce myself from the Riders
organization.

Dan Marino wasn’t nearly as dirty as former Dolphins QB Garrett Marino, who is among the dirtiest players I have ever seen.