Barrett's doing a tour with his NCAA Duke BlueDevils taking on Canadian U Sports teams .

RJ had over 60 points in the two games so far .

They walloped both U of T and Ryerson .

Next up is McGill. I would have liked to have seen them up against Carleton University who usually put up a good show against NCAA top teams . Carleton is the powerhouse in Canadian USports basketball.

Both games in Mississauga against U of T and Ryerson drew sellout crowds of over 5,400 at the Paramount Fine Foods Centre. The arena used to be called the Hershey Centre but as of July 1 the new name kicked in - named after a chain of Middle Eastern Fine Food restaurants based in Mississauga. The arena is home to the Raptors 905 in the NBA G League and an OHL team. 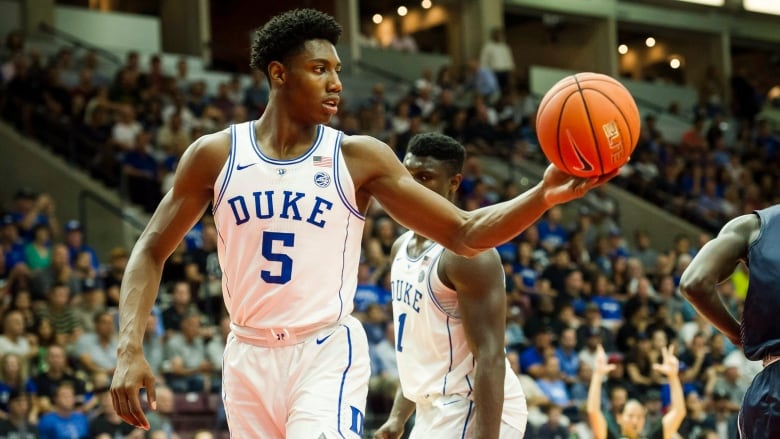 Someone mentioned the next great Canadian BB player . He wants to be a Knick . 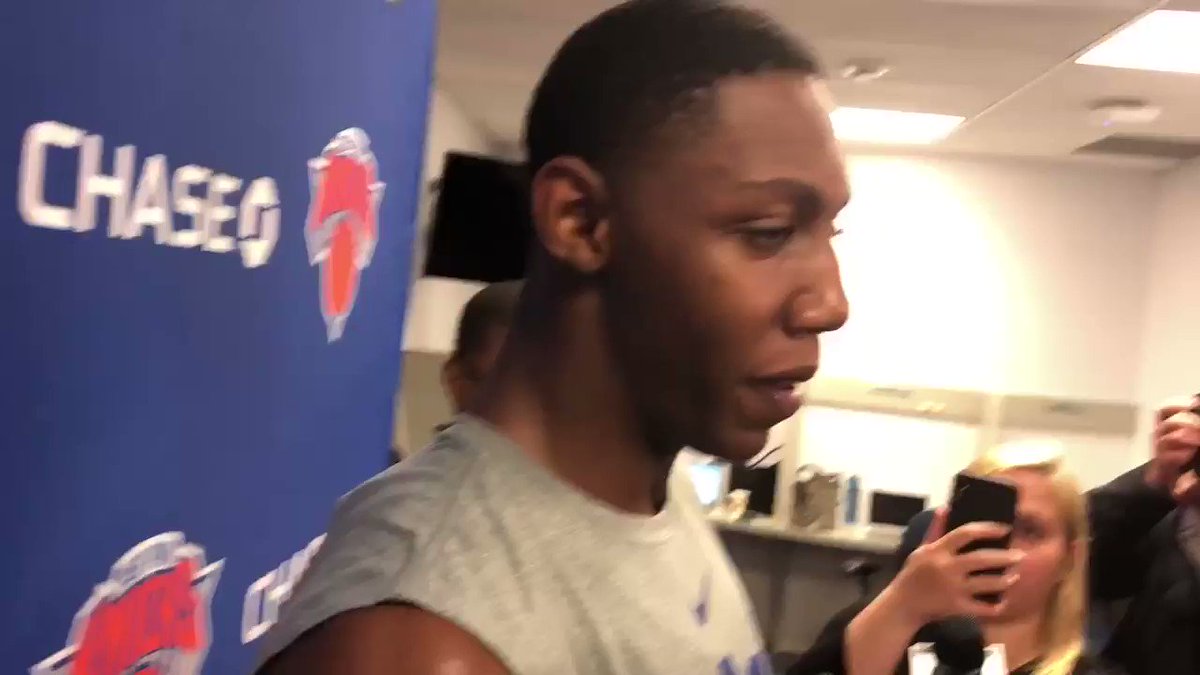 Wants to be a Knick, not a Raptor? 8) Pat my London Knights used to get 5000 + many a night at the old London Gardens back in the day. What's your point because I don't see much of one.

If I'm not mistaken the London Knights are a hockey team - are they not? Hockey has always been a big sport up here. These posts are about basketball and basketball players.

Who would have thought that Duke would play up here with a Canadian freshman star being the big draw and attracting sellout crowds. And every year now the Biosteel High School prospects game is drawing crowds like that for high school basketball players.

That didn't happen when I was growing up.

This is Duke Univ from the States, a very high profile basketball program shown on national American television with a star Canadian slated to be a high draft pick in the NBA. Doesn't surprise me excellent crowds. I think you meant to say who wouldn't have thought... really.

We certainly never had anything like this available annually when I was in high school - telecast across the country on TSN.

When I went to Parkside we actually had a basketball player recruited to Duke who played on our 1976 Olympic team. But he received very little media attention - nothing like what our basketball players get now.

Part of that was because back then there was very little coverage of basketball. All the sports pages beat reporters specialized mainly in hockey with some football and once the Jays came along baseball beat reporters appeared. Nothing like that for basketball until the Raptors.

Here a bit of info on Cameron Hall from Dundas.

Cameron Hall (born January 2, 1957 in Hamilton, Ontario) is a Canadian retired basketball player from Dundas, Ontario. He was a member of the Canadian Olympic basketball team in 1976. He played for the Duke Blue Devils in 1977 and 1978.

It's official drafted 3rd over all to the New York Knicks .

He is Proud of Canada like to see him play for TEAM CANADA .

First time ever in the NBA draft that 4 players from one country (other than the USA) were drafted in the first round.

Three from the GTHA basketball hotbed and one from BC.

Pretty amazing that 3 of the first 27 from right here in the GTHA. What a great time for basketball in Canada especially here in the GTHA between the Raps win and this draft.

Great article in the New York Times by one of their Pulitzer Award winning reporters Michael Powell.

[b]Canada Becomes a Basketball Factory[/b] [b]Toronto and Mississauga, Ontario, are sprouting youth hoops prospects. Sorry, New York and other hotbeds. These players might be better.[/b]

First time ever in the NBA draft that 4 players from one country (other than the USA) were drafted in the first round.

Three from the GTHA basketball hotbed and one from BC.

Pretty amazing that 3 of the first 27 from right here in the GTHA. What a great time for basketball in Canada especially here in the GTHA between the Raps win and this draft.

Just hope it translates to a much better showing for our national team .

Barrett made sure for guys like me heard it by saying he plans on showing up to represent Canada anytime they call .

Just one of those guys who you like instantly because they want more than just a pay check .

Loved the lining of the jacket he wore to the draft too.

Love the phrase "basketball factory" sort of reminds me of another phrase that someone told me once about universities being "knowledge factories".

Factory definition - "a building or group of buildings where goods are manufactured or assembled chiefly by machine" :-*

Anyways excellent night for Canucks in the NBA draft for sure and yes Hank, will this translate into a better showing for our national team?