I think it was a epic battle, but a loss is a loss! Too many undisciplined penalties and breakdowns on offense and defence at key times were what tipped the balance. The loss of Gable is huge. We didn't get to establish the run enough from our backs and that isn't helping our second-and-long record this year. There is a ton of fight in this club...but a 1-5 record in any other year and I would say we're toast. As is, the crossover is looming, so getting into first or second with some momentum happening in the next few weeks will be critical.

I will have more on the game later.

The D- Line get's no pressure on the QB...It exposes a very average Secondary and Glenn ripped us up on intermediate routes tonight...

Our Offence actually moves the ball pretty well,but,is not finishing drives and cashing in...So,we settle for FG's instead of TD's...You can lose a lot of close games like that,but,you won't win many...

And idiotic penalties,over 130 yards against us tonight,is the sign of a totally undisciplined football team...

It all adds up to the record we have and we deserve every inch of it...

Another game that we were in it until the last few minutes.
Penalties were brutal, whether justified or not. This one has to be on coaching.

I could see this one going down the tubes when they couldn’t stop BC on that last drive that resulted in the final McCallum FG.

Harris is good, but Murray is one of our best players.

Taylor (MLB) is also a good player. He is just inexperienced.

I think a lot of the penalties against us were bull. Murphy threw flags every time he could against us. Bias.

Bulke was pulled for much of the second half in favour of Hall...Hall played great.

The main reason why we lost tonight is KG. I hate to admit it, but he made clutch throws.

Proud of how we battled, but not happy with another loss.

Rico is a very good player but this wasn't his best game. The entire defence was like a see-saw. One good play then one bad.

Not much of an improvement on the penalties -- I counted 15 this game. It was 19 last week.

They didn't even try to establish the running game with the backs. In the first quarter, there was pitch out, right, to Gable for 1 yd. and a hand-off to Banks for a loss of 2. I don't think Hamilton had another running play, in the entire game, other than by LeFevour.

Two coaching questions:
When a TD has you down by 1 pt, with 1:34 remaining in the 3rd Quarter, why not a 2-pt. convert attempt to tie it up? For a long time through the 4th Quarter it looked like the 1-pt difference might win it for B.C.

When B.C.'s field goal puts them ahead by 4 pts with 2:32 remaining in the game, wouldn't choosing to have B.C. kick off, to Banks, be a chance worth taking rather than choosing to start at the 35 (where they then went 2 and out)? Now, it may have been that Banks was hurting. I noticed him limping after making a reception late in the 3rd and I don't believe he touched the ball after that. He may not have even been on the field after that(?)

Two coaching questions:
When a TD has you down by 1 pt, with 1:34 remaining in the 3rd Quarter, why not a 2-pt. convert attempt to tie it up? For a long time through the 4th Quarter it looked like the 1-pt difference might win it for B.C.

Our offence is not like a fine tuned machine. There's a high probability we wouldn't get it. Might as well take any points we can get. Plus there was still lots of time left to make up one point.

Incredibly frustrating to watch the same problems every week and none of these issues get corrected. 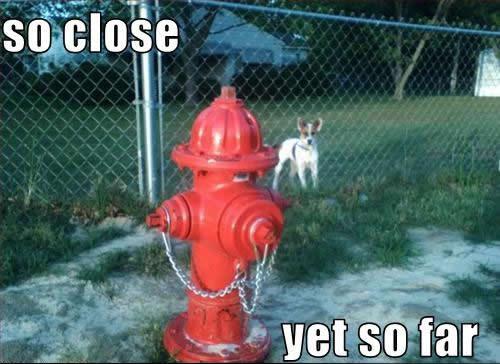 From what I saw before going to bed in the third quarter, extremely bad offensive play calling, again no O-line, if you have no O-line no running game, if you are given bad plays to run like sideline outs series after series that fail you are going to lose. You have to throw the ball down field to a plethora of good receivers including Fantuz. Condell is not a good coordinator/coach whatever. Defensively we tightened up in the second but I do not know about you people but I am sick and tired of giving up touchdowns or any other scoring on the first and second series of downs. We need good rushing ends like Hickman! This is 60 minutes of football not 35 or 45, 60 GD minutes of hard hitting football. Penalties some we deserved but other like getting called for asking for a flag is outrageous. The CFL needs to get their head out of the sand about their officiating. As for coaches yelling at officials get over it, it is done all over this league and the NFL. It is a psyche thing to make the officials question themselves but in this league you first need officials that have a brain.

The CFL has a big big problem in the East. the only excusable team is Ottawa but the other three teams are horrible. As far as I am concerned there is not one team right now in the east that deserves to be in any play-off format. It is a total embarrassment to the fans of those cities. Look at the paid attendances in Toronto and Montreal. Ottawa is good because it is a new team and as far as Hamilton is concerned if they ever finish that excuse for a stadium they will be OK for the rest of the year but next year after the newness is over and the poor team performances sink in I am sure they will suffer also.

It is hard to believe this team made it to the cup last year!

Red zone futility is an ongoing problem as well with only 2 passing TD's the last 4 games and just 4 in total all season.
not acceptable.

unbelievably, John Chick has more sacks than the entire TiCats team put together.
Glenn is not a mobile QB by any stretch, yet was able to dodge and weave with relative ease yesterday.
Not acceptable and needs to be addressed asap and should have been addressed much earlier in the season.

and can someone remind me why we got rid of Greg Peach again?

The OL also remains work in progress at the third way mark of the season.
a league high 24 sacks allowed in 6 games which would be much worse if not for the elusive Lefevour at the helm who is constantly running for his life our there.
and Rudolph needs to teach these guys to execute run plays properly and open up some holes for the seldom used designated backs who combined for -3 yards in total rushing last night which is a deep embarrassment.

costly penalties and wayward discipline need to be clamped down by the coaching staff.
These guys are supposed to be pros.
Act like one.

that being said, ST and ball protection are adequate to impressive and require little improvement at this stage.

LeFevour is no Henry Burris, nor will he ever be, same goes for Collaros. Did anyone notice that every time a pass was called, LeFevour never took his eyes off his primary receiver. BC saw that and zeroed in on his target every time. Exception: bad coverage on Gigeure. He needs to look away to throw the defense off, they watch his eyes and know exactly where he is going.

I'm beginning to wonder if Fantuz is going the same way Stala did. I know he gets the attention but very few touches even though, like Stala, he can find the open ground and has good hands. Maybe he pi--ed off the coach??

Overall, this team is just underperforming, that's it. Offensive play calls are usually predictable, zone coverage stinks, secondary is sometime confused as to who to cover, etc.

If someone doesn't bring this together soon, the stadium will be the last of our concerns.

I imagine Austin chooses his words more carefully than Grant and, certainly, Lawrence. I don't recall him ever being flagged. And, I agree with this quote, taken in part, from poster coupe6652, in another thread: "As for coaches yelling at officials get over it, it is done all over this league and the NFL. It is a psyche thing to make the officials question themselves ...... "

I'm beginning to wonder if Fantuz is going the same way Stala did. I know he gets the attention but very few touches even though, like Stala, he can find the open ground and has good hands.

Fantuz is vastly overpaid for what he produces for this football team which is too common when it comes to veteran nationals in this league.
I'm not sure if this is the last season on his contract - if so, I do not see him around here next season unless he takes a sizeable cut in salary.

One of the funniest moments in a CFL game this season - Austin running down the sidelines near the end of the Winnipeg game screaming and signalling for a time out. It was as if the game officials were completely ignoring him until the last second.
Every coach gets frustrated at the officials but you don't see Chamblin, Milanovich, O'Shea, etc. constantly yelling and screaming at the officials like a lunatic which has become normal with Austin.