Scott Mitchell tweeted some stuff tonight, hinting at some sort of big announcement tomorrow. Any guesses what it could be?

I'm guessing it's the release of some season ticket sales figures, maybe the next part of the ticket sales campaign, focusing more on flex packs.

It definitely does NOT sound like it's related to stadium delays, which is great news :lol:

Big day in TigerTown tomorrow. Lets just say there's great enthusiasm for the product on the field and the products off the field.

When we promised "New Stadium, New Experience" we weren't kidding. TigerTown was listening. Once again the @CaretakerBob steps up. #bigtime

Sounds like season tickets update (sold out to the 16000 cap already?), and maybe a new sponsor?

I'm thinking it's a concert announcement. He was crowd-sourcing who Hamiltonians/TiCats would like to see as a first concert @ THF a little while back.

My guess is a concert announcement.

I'm thinking it's a concert announcement. He was crowd-sourcing who Hamiltonians/TiCats would like to see as a first concert @ THF a little while back.

My guess is a concert announcement.

Woah great thinking. Definitely could be a concert announcement.

Maybe its The Beib coming to town. :oops:

Whatever the annoucements are , they must be reasonably significant as they are using the Sheraton Hotel Venue for the press conference.

Maybe its The Beib coming to town. :oops:

You can follow what's happening at the news conference by following @rickzamperin on Twitter ... he's giving a point by point update as it's happening.

Very impressive! Don't think you could partner with any organization with a better resume! Wowza!

To show gratitude for the overwhelming support demonstrated by season seat holders and corporate partners, the Ticats have commissioned the creation of a Legacy Wall to commemorate the Inaugural Season at Tim Hortons Field. The Legacy Wall will feature the names of all season seat account holders who are a part of the historic first season.

Fans that purchase their season seats by Sunday, June 15, 2014 will have the opportunity to have their name etched on the Legacy Wall, which will be unveiled prior to the final home game of the season.

Was a great day and thank you Ti-Cats for inviting Bruce13thMan to the announcement! 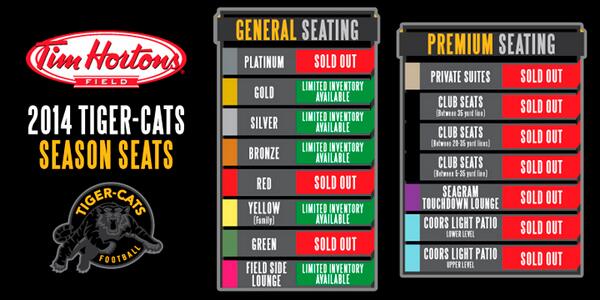 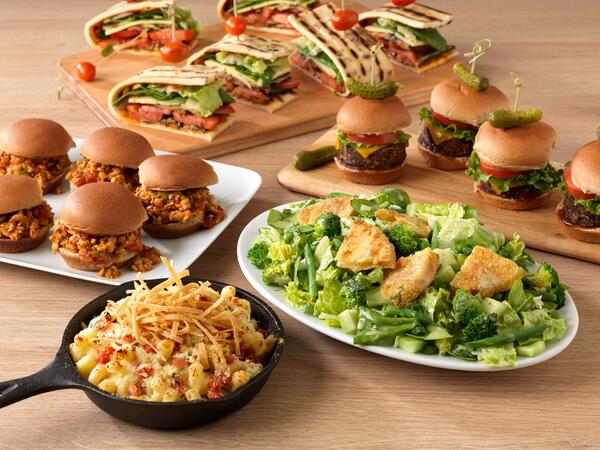 All 30 Scotia Bank Premier Suites are sold out.
All Club level is also sold out.
Coors Light Patio Sold out.
Seagrans Lounge sold Out.

Not only are these sections sold out but the Ti Cats are receiving corporate sponsor $$$ for naming rights for all but the club level.
So the Cats not only have a modern stadium but are taking a modern approach in selling naming rights for everythin they can.

A huge turn around for the Caretaker who will no doubt be making a profit for a long time now.

Excellent news for sure. :thup:

Congrats to the Tiger Cats. Very well done.
Did they reference any possible delays in the opening?

Hope there will be tickets left for us fans who live a few hours out of town. I don't want to be shut out of getting to a few games this season.

Hope there will be tickets left for us fans who live a few hours out of town. I don't want to be shut out of getting to a few games this season.

Tickets will be at a premium for sure and of course they will cut off season tickets somewhere to provide for singles and packeges. Also they are likley going to sell standing room only tickets which would likley go on sale the morning of a sellout or the day before for most games.

Congrats to Bob Young and the Ticat organization. Can't wait for football season to start.