Mathews was cut by the Toronto Argonauts days before training camp was about to begin.

He played in four contests and started one game for the Argos last season but lasted just 30 minutes, throwing for 67 yards on eight-for-12 passing, taking two sacks and losing a fumble. He was replaced at halftime by Cody Fajardo and did not see the field again in 2017, registering 10 straight DNPs to end the season.

Mathews started five games for the Tiger-Cats in his rookie season in 2015, posting 1,458 yards with six touchdowns and one interception. He played in one game in 2017, against Montreal, where he completed 18 of 29 passes for 201 yards and a touchdown.

So those statistics don’t look that bad. What is the story on Mathews?

In short, Masoli who was third string beat him out for second string qb.
(Matthews was very inconsistant)

He asked....Mathews was a Dane Evans type of drop back passer. He was given the starters job when Collaros went down and Mathews couldn't get the job done by not scoring in the red zone (suspect play calling by Austin from inside the 10 IMO). He got injured and Austin had no choice but to play Masoli who was third and fourth on the depth chart most of the year. Despite being inaccurate and not being able to throw a screen pass, Masoli lead the Tiger-Cats over the Toronto Argonauts in the Eastern Semi-Final completing 12 of 18 passes for 141 yards with a touchdown and an interception. Masoli played an exceptional game on the road against the Ottawa Redblacks in the Eastern Final; completing 30 of 42 pass attempts for 349 yards with two touchdowns (the second with less than 2 minutes remaining in the game) and one interception.[31] Nevertheless, the Tiger-Cats were defeated by the Redblacks, thus ending their 2015 season. Mathews was picked up with the Argos and didn't look good when he got in and then moved down to third on depth chart last year. If you would like any further information on Masoli er a Mathews just ask.

Mathews is also more inline with NFL QB size at 6'4" 220lbs, which makes him a slow and easy target in the CFL. CFL QB's need the ability to escape pressure even more than in the NFL - which even immobile QB's like Ray can do - but Mathews cannot. He's kind of like a tackling dummy out there.

LMAO !!! Jeff Mathews ::).....and the Dumpster Diving continues on over in Montreal . They'd be better off signing Dave Mathews . At least he'd be more entertaining . ;D 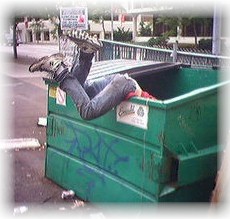