Calgary Stampeder Rob Cote was fined for offensive and inappropriate comments towards an opponent prior to kickoff in Monday’s game.

Winnipeg Blue Bombers Sukh Chungh and Jamaal Westerman were both fined for unnecessary roughness in Sunday’s game against the Saskatchewan Roughriders.

As per league policy, the amount of the player fines was not disclosed.

I am shocked that Banks didn’t get fined for his unnecessary roughness penalty on 6’6", 312lbs Chris Van Zeyl! 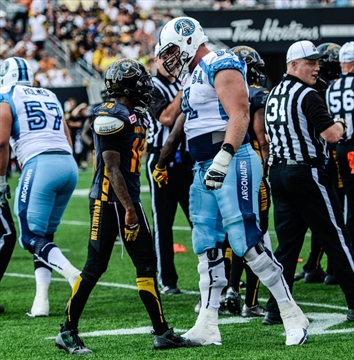 that dork who wouldn't shake hands during coin toss should have been fined for unsportsmanlike conduct.

or conduct unbecoming a professional