This is a companion discussion topic for the original entry at https://www.cfl.ca/games/6290/hamilton-tiger-cats-vs-ottawa-redblacks/
Capital_Dave October 24, 2022, 8:31pm 2 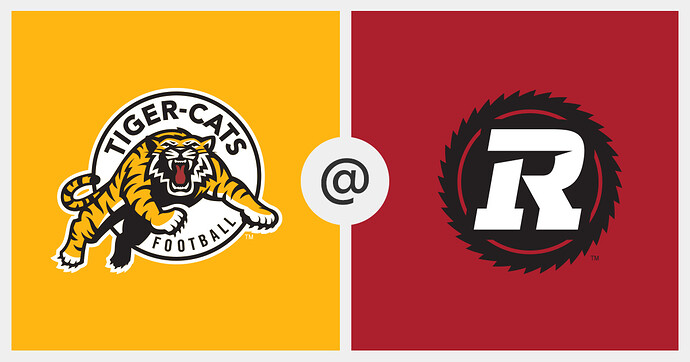 2022-10-29 game between the Hamilton Tiger-Cats and the Ottawa Redblacks. 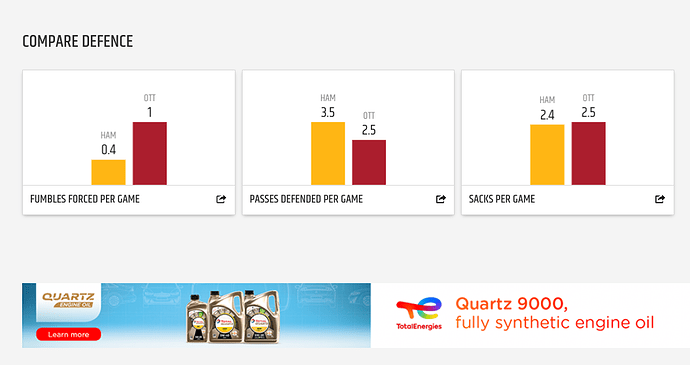 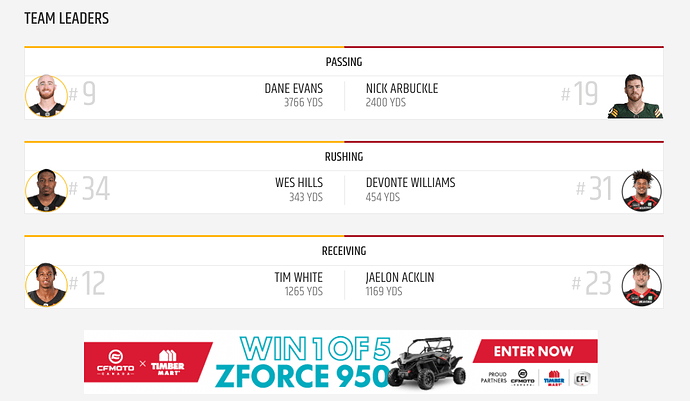 I'm betting we see a lot more of STE this week: 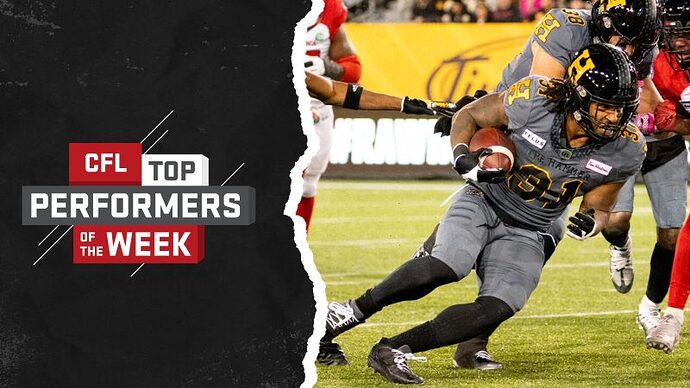 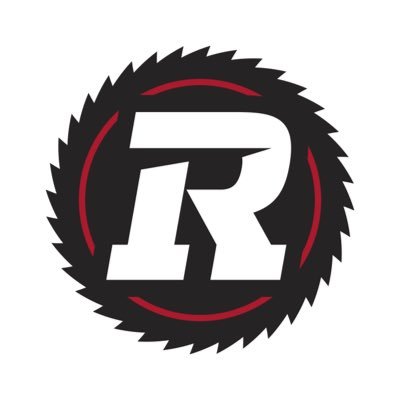 @REDBLACKS
Let's have some fun‼️ With our Fan Appreciation game on Saturday, we are doing giveaways all week long, be sure to be following along on all our platforms.👀 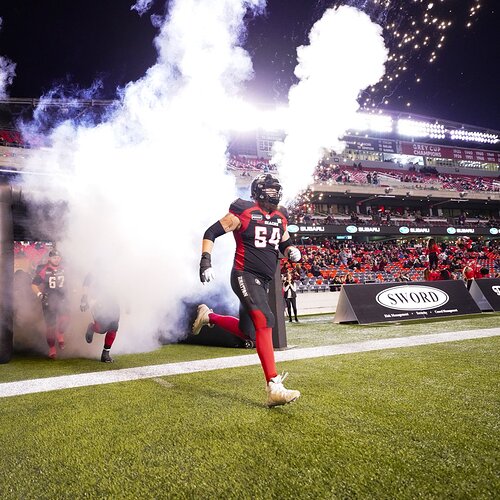 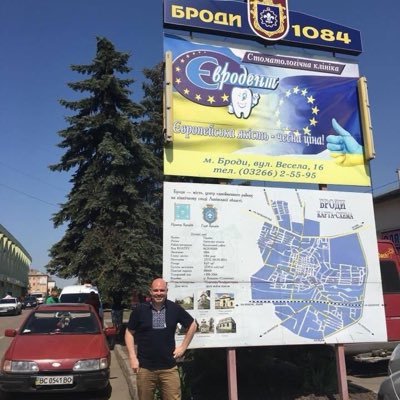 @TheSuperAJ
Just back from @REDBLACKS practice. Receiver Jaelon Acklin is back. Caleb Evans took first team reps at QB. Tyrie Adams with a lot of work as well. 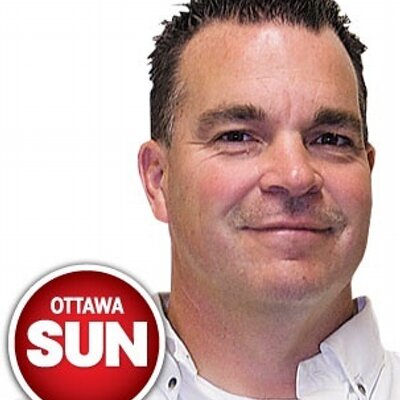 @TimCBaines
Caleb Evans will be starting QB for the #Redblacks Saturday vs. #Ticats. Sounds like Tyrie Adams could see some action. #CFL

Good. Might as well get Evans some more playing time. When he's on, he looks fantastic. But he's often not on. 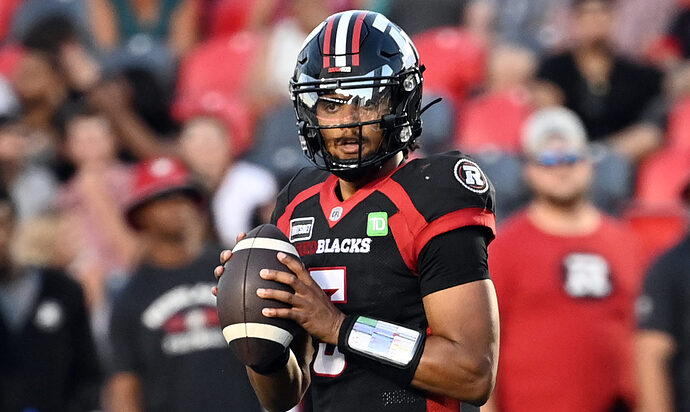 Caleb Evans will start at quarterback for the Ottawa Redblacks in their upcoming regular season finale, according to Postmedia’s Tim Baines. Caleb Evans will be starting QB for the #Redblacks Saturday vs. #Ticats. Sounds like Tyrie Adams could see... 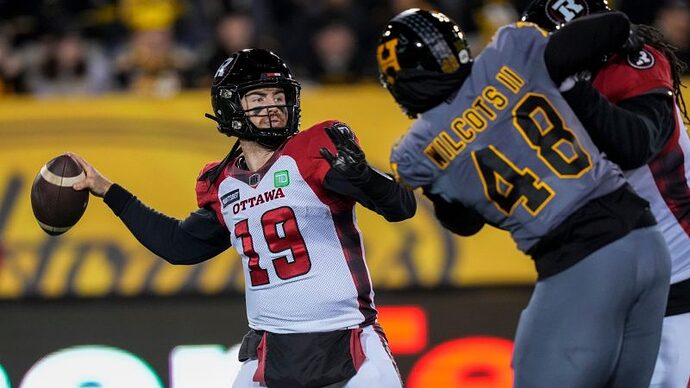 WILL NICK ARBUCKLE AND CO. WIN THE SECOND HALF OF THE HOME-AND-HOME WITH THE TICATS IN THEIR SEASON FINALE? (KEVIN SOUSA/CFL.CA)

We’ll be paying close attention to Dane Evans‘ status this week as Matthew Shiltz had to come in to charge the Tiger-Cats down the field for the game-winning field goal that helped Hamilton clinch a playoff spot thanks to the Riders loss.

Shiltz, of course, has taken considerable reps at quarterback this season so it won’t be too big a drop off from Evans to Shiltz. He also has a great ability to make plays with his own athleticism if things break down around him. And in games where a few more players are rotated in, that could pay off.

Ottawa showed last week that they’re fighting to the end. I don’t know what they’ll do rotation wise, but Arbuckle and Evans certainly can get the job done no matter what.

I really liked Ottawa’s fight at the end of the season, where they could have easily given up on each other. They haven’t and I don’t think they’ll do so this week. 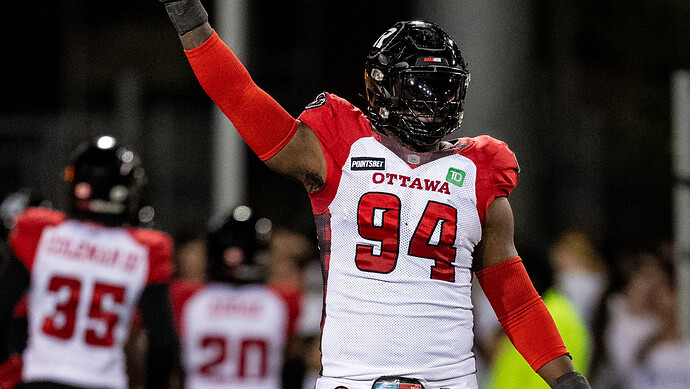 The final week of the regular season is here and CFL.ca's Jamie Nye has his picks ahead of Friday night's kickoff.

I find this curious. I would think they really want to win a game at home for their fans this year. Arbuckle is 3w5l & Evans 1w/4l so you would think Arbuckle gives them the better shot.

I find this curious. I would think they really want to win a game at home for their fans this year. Arbuckle is 3w5l & Evans 1w/4l so you would think Arbuckle gives them the better shot.

I'm not sure what the priority is for them at this point. Perhaps Arbuckle will see a lot of action, too. 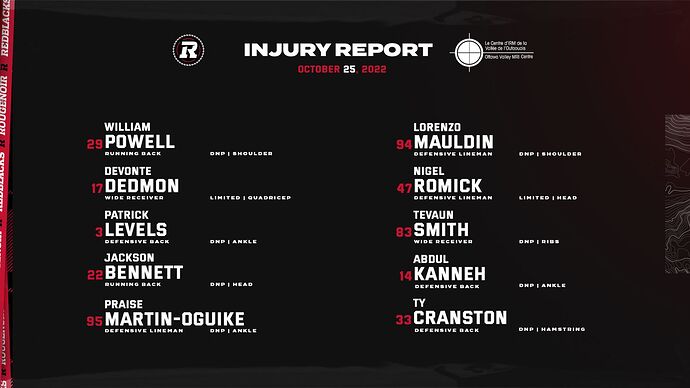 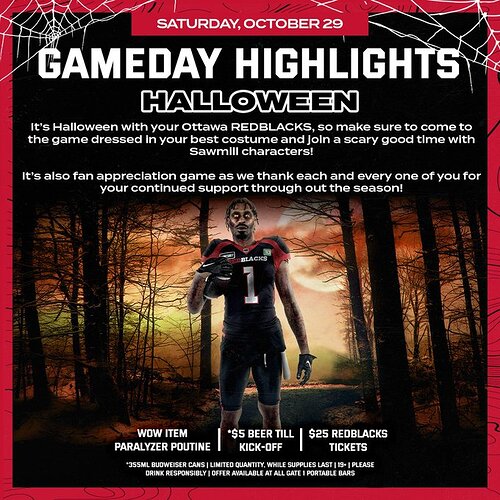 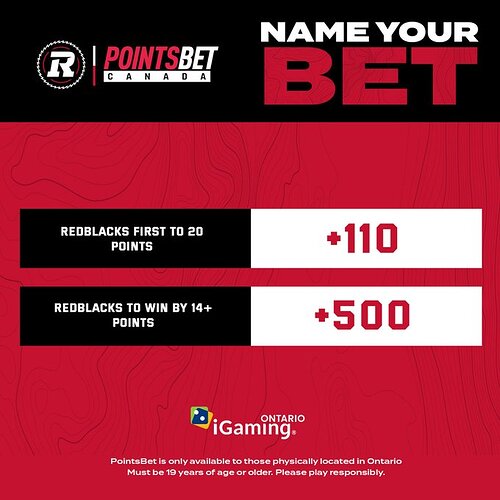 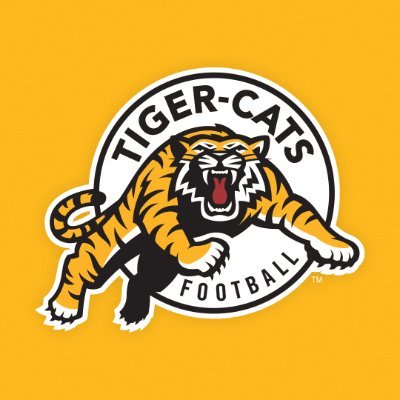 @Ticats
Head Coach Orlondo Steinauer speaks with the media ahead of this weekend's game in Ottawa. #Ticats | #CFL https://t.co/IbYwDQdT2m 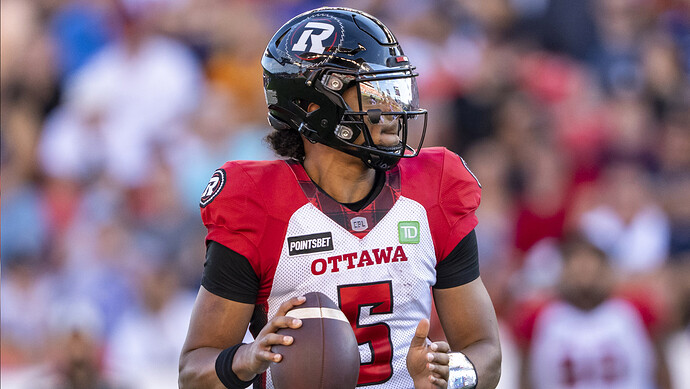 There are three teams on the outside looking in as playoffs are set to start next weekend and CFL.ca's Marshall Ferguson takes a look at their best moments of 2022.

In Ottawa there was a coach firing and three quarterbacks given starting roles but all was for not.

I really do believe if Jeremiah Masoli didn’t suffer a season-ending leg injury against Saskatchewan that Paul LaPolice still has his job as head coach. Those two were building something worth keeping intact and challenging defences vertically in a way that would have paid off as the season evolved.

For much of the season Jaelon Acklin was amongst the CFL’s best pass catchers. The chosen free agent prize of GM Shawn Burke battled weekly with Montreal’s Eugene Lewis for the receiving yardage crown.

On the ground for Ottawa it was a tough season as William Powell battled injuries and backups chipped in but never truly broke free. Quarterback Caleb Evans, however, reached the end zone a record 15-times and while I am wholeheartedly against the culture of QB sneaks dominating final scores, you have to applaud the Ottawa front and Evans for setting a new benchmark. 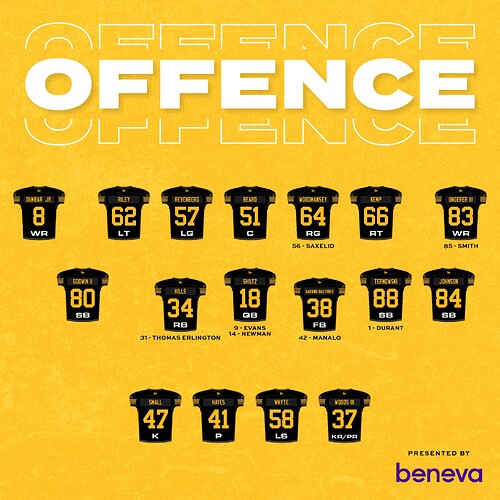 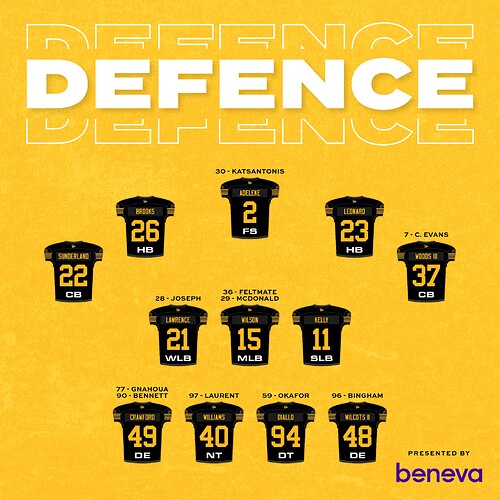 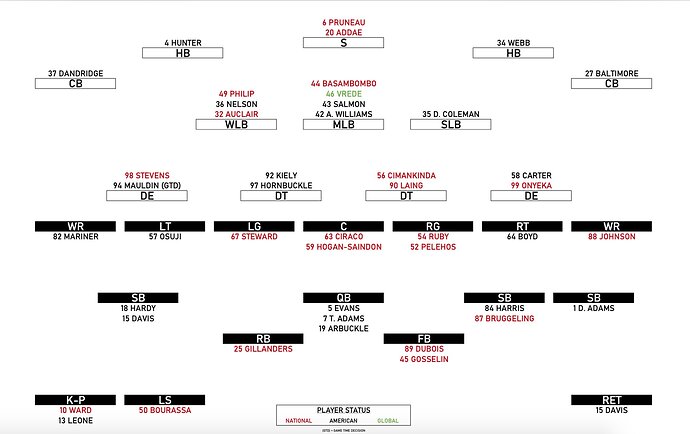 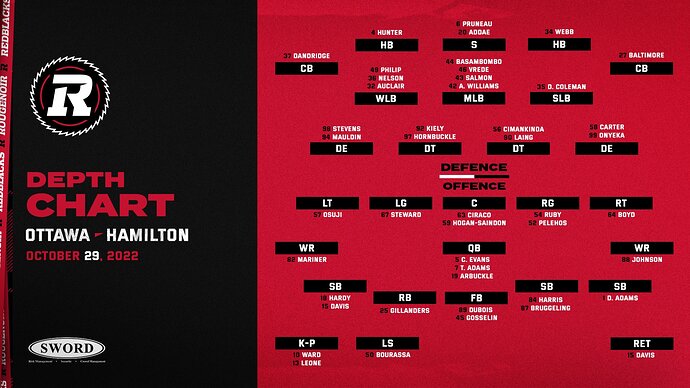 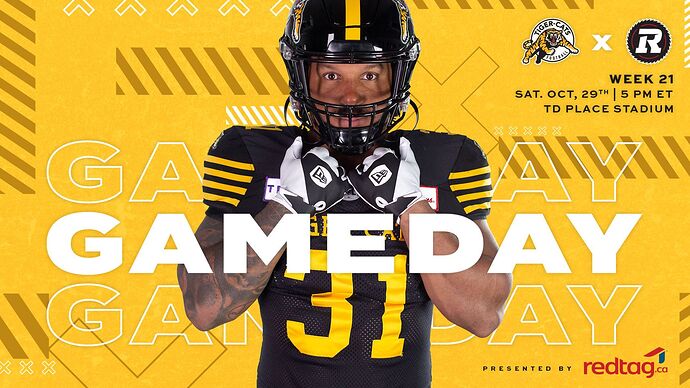  10+ Point Ti-Cats Comeback:
Hamilton defeated Ottawa last week overcoming an 11-point deficit. It was their largest comeback to win in their last 39 games back to Sep 2/19, a 38-27 win over Toronto after being down by 13 points.

 Two winless home clubs:
The REDBLACKS look to stop an 11-game home losing streak which stands as the 4th-longest in CFL history matching their similar skid at TD Place across 2019-2021. They are 1-22 at home since June 2019. In 2022, both Edmonton and Ottawa are winless, the only time ever with two winless clubs in one year.

 Hamilton 3 wins in a row:
Their 3-game winning run is the best of 2022 for them and they have won 4 of the last 5 to claim a playoff berth in the East and a trip to Montreal.

 Hamilton Road Win:
In their last away game, Hamilton snapped a 17-year drought in Calgary with a 35-32 win. The win also stopped a 7-game road losing streak in 2022 (8 games overall).

 Last Week 21 fast points:
Ottawa scored 27 points in last week's loss at Hamilton but knocking them out of the playoffs. They did score 21 of their points in a span of just 7:49 in the 2nd quarter with 2 TD drives and fumble return score.

 Hamilton Pass Protection:
The Tiger-Cats started slowly giving up 18 Sacks in their first 5 games. They are #2 in the CFL since then allowing only 14 in 12 games (1.2 per game) (just 4 in their last 5 games).

 Matt Shiltz:
If Shiltz starts this game it will be his 8th career selection. He is 3-4 all-time and 1-0 vs Ottawa.

 Lorenzo Mauldin 16 QS:
He has 8 in the last 7 games to take the CFL lead. The last Ottawa player to lead the CFL in Sacks was Angelo Snipes in 1992 with 20.

 Steven Dunbar:
May not play in this game but if he does then 31 yards will take him to his first career 1,000 yard season 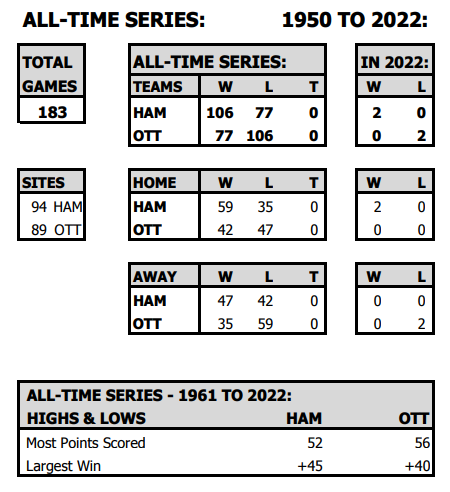 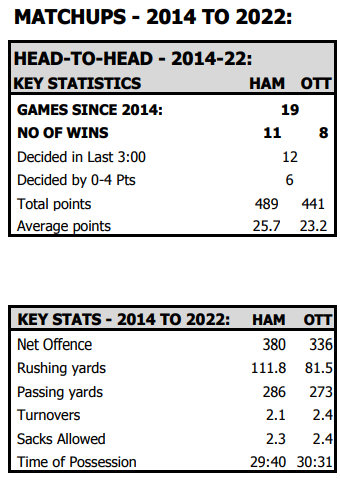 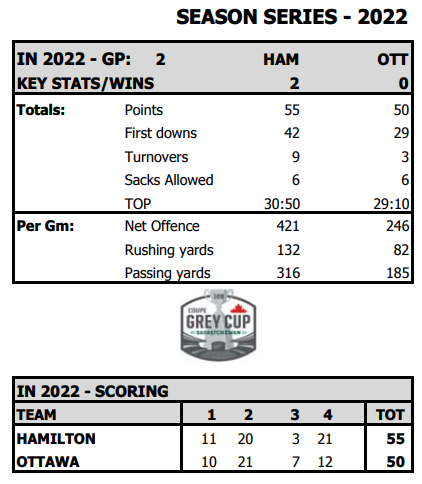 OK, not much real drama to this game, but what a cool movie poster: 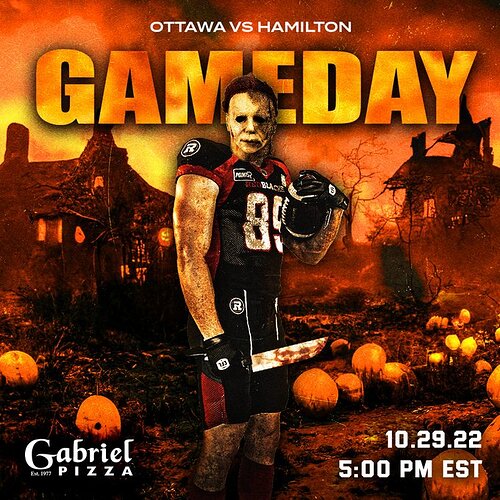